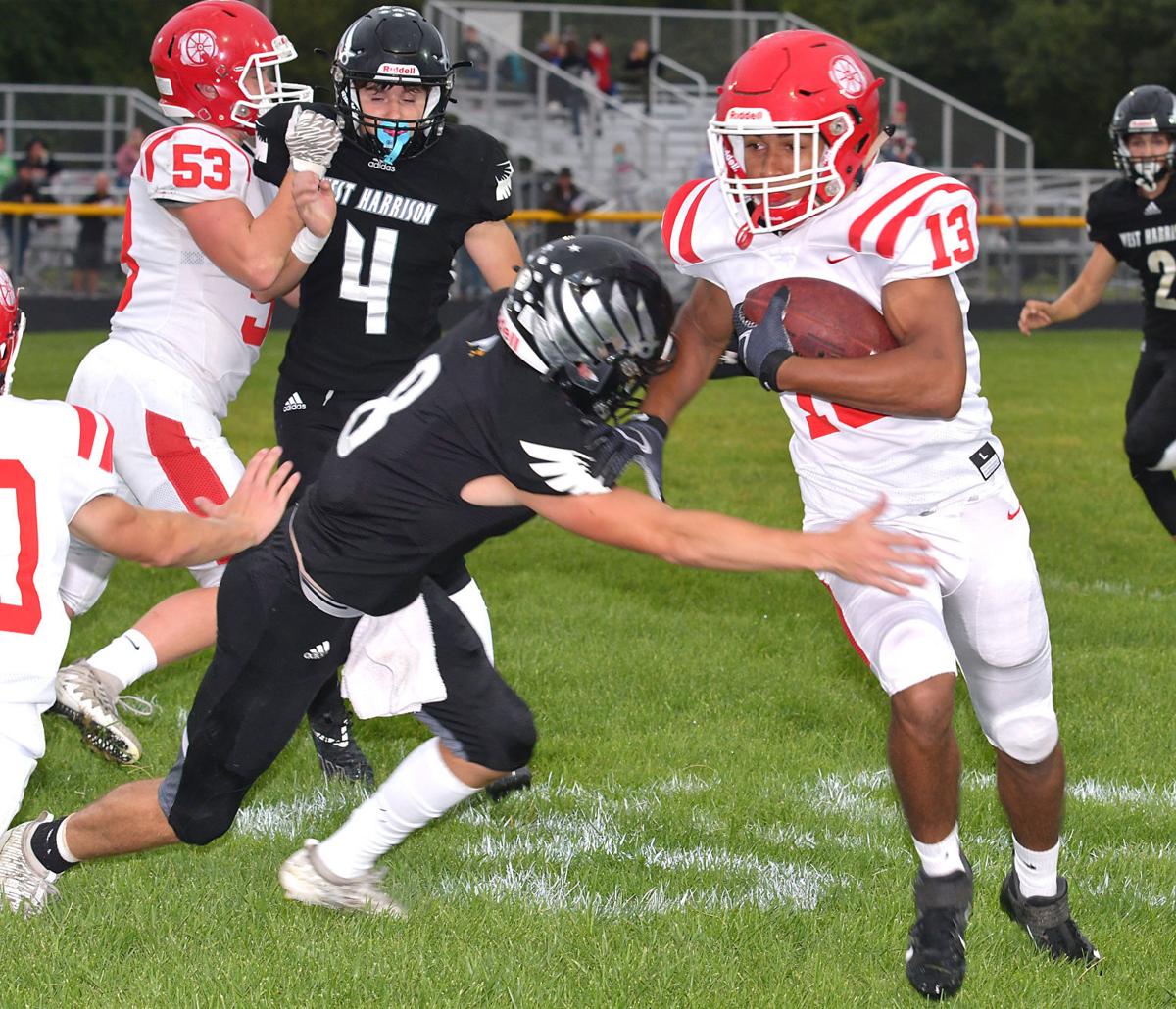 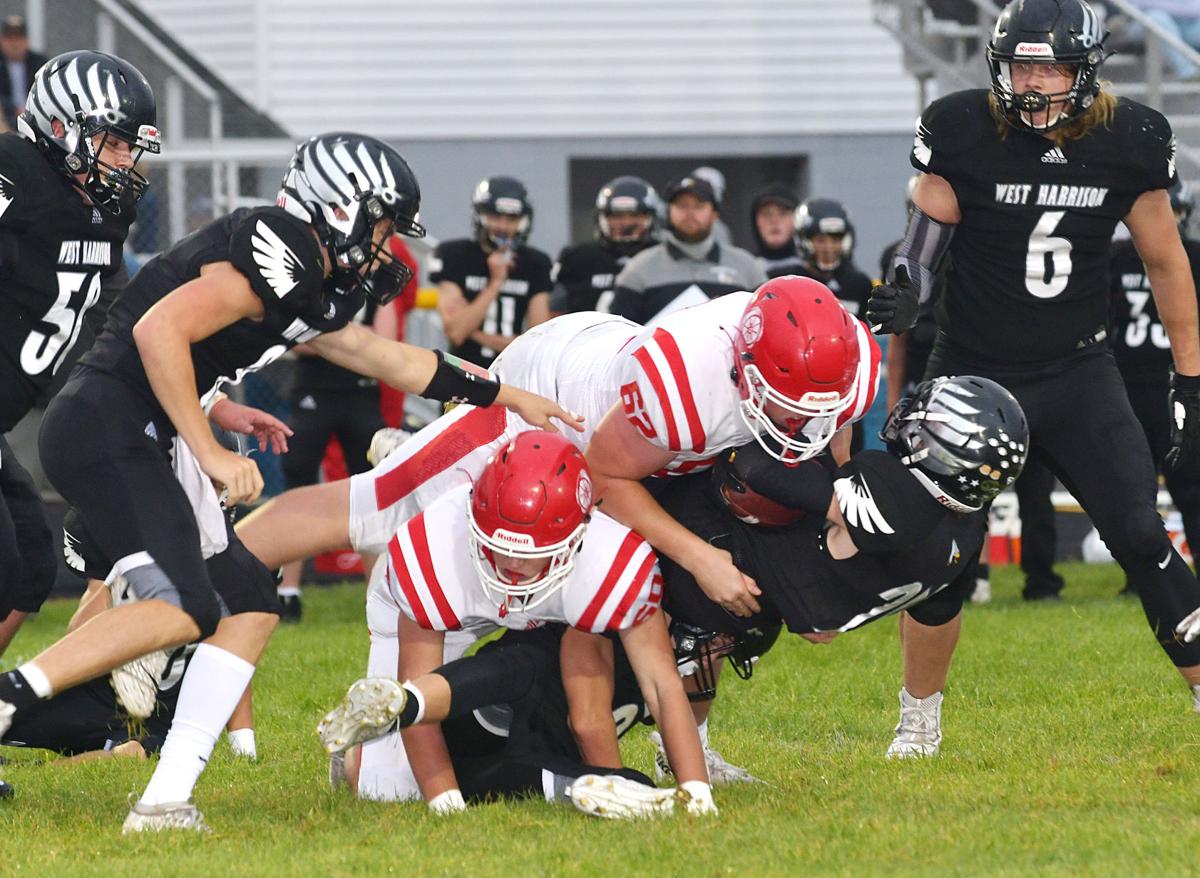 Audubon defenders layout a West Harrison running back during the first quarter of the Wheelers 57-9 win Friday night in Mondamin. 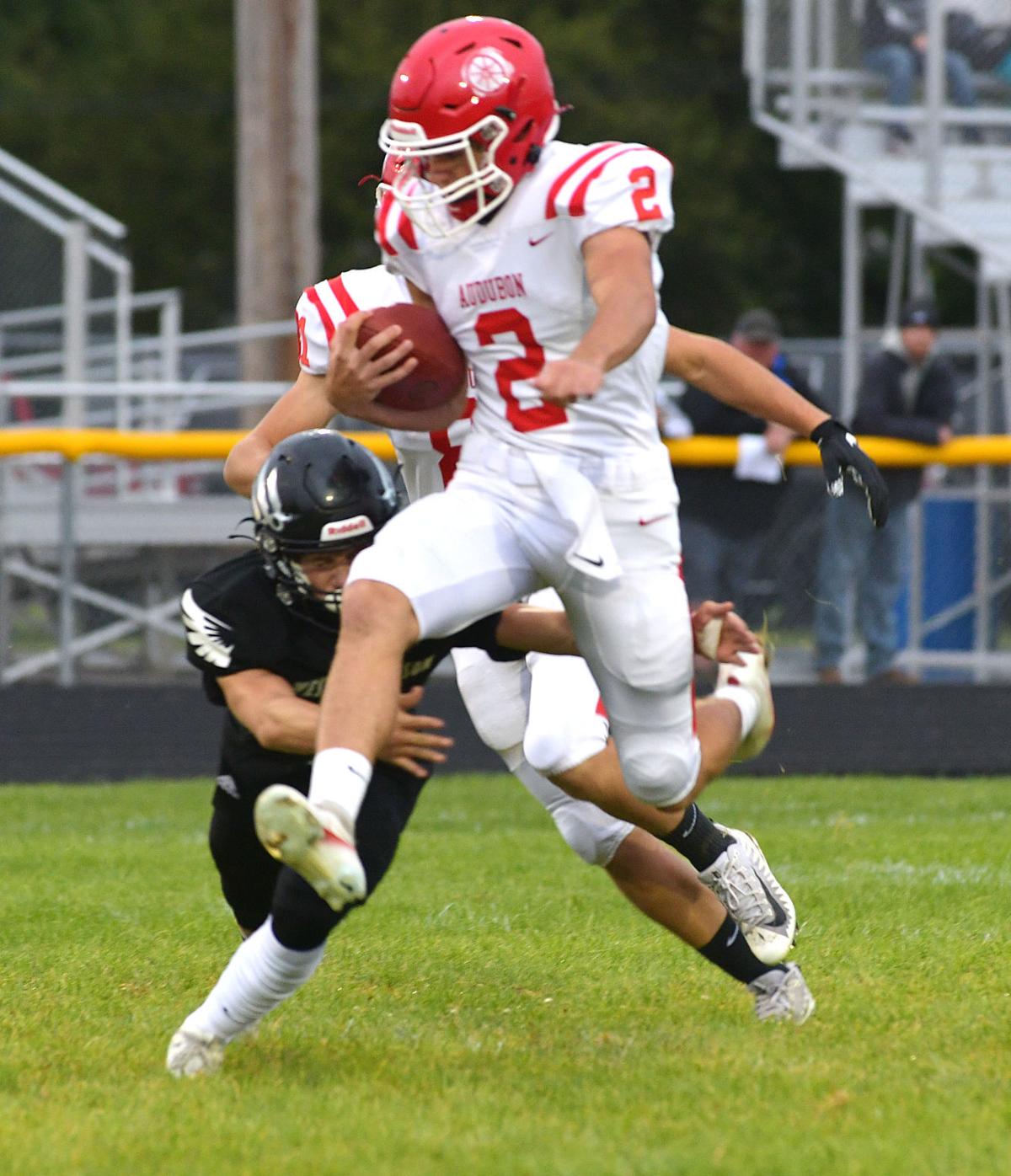 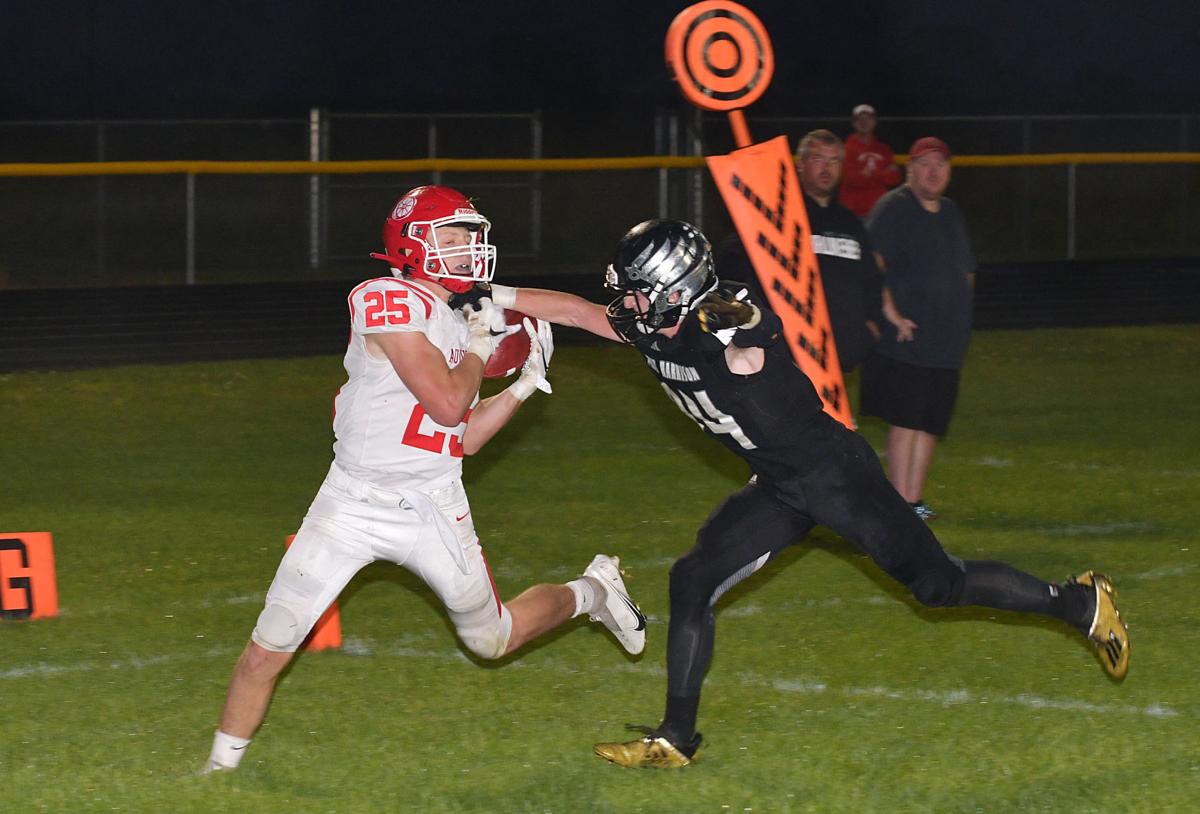 Ethan Klocke hauls in a touchdown pass late in the second quarter.

Audubon defenders layout a West Harrison running back during the first quarter of the Wheelers 57-9 win Friday night in Mondamin.

Ethan Klocke hauls in a touchdown pass late in the second quarter.

MONDAMIN — The Audubon Wheelers know how to start a football game. In each of the past three games — the entire season- the Wheelers have scored on the first play of their first possession.

Friday night was no different when quarterback Gavin Smith broke loose for 50 yards scoring the first of his five touchdowns on the first play of the game on the way to another dominating performance by the Wheelers.

Audubon went on to claim their third straight victory, winning 57-9 and securing their position atop the district standings.

The Wheelers outmatched the Hawkeyes in every aspect, with Smith rushing for 200 yards and scoring five times barely into the second quarter. And, as in the two previous Wheeler victories, forcing their opponents to work with a running clock — making a the difficult task of dealing with the Wheeler defense next to impossible.

By halftime the Wheelers were in complete control leading 51-0.

This week the Wheelers will remain on the road when they travel to Boyer Valley who lost Friday night to an undefeated Coon Rapids Bayard team 57-26. Along with Audubon, CR-B and Woodbine are both undefeated with Woodbine beating Ar-We-Va 56-28 Friday night.

Partly cloudy skies in the morning will give way to cloudy skies during the afternoon. High 62F. Winds NW at 15 to 25 mph.