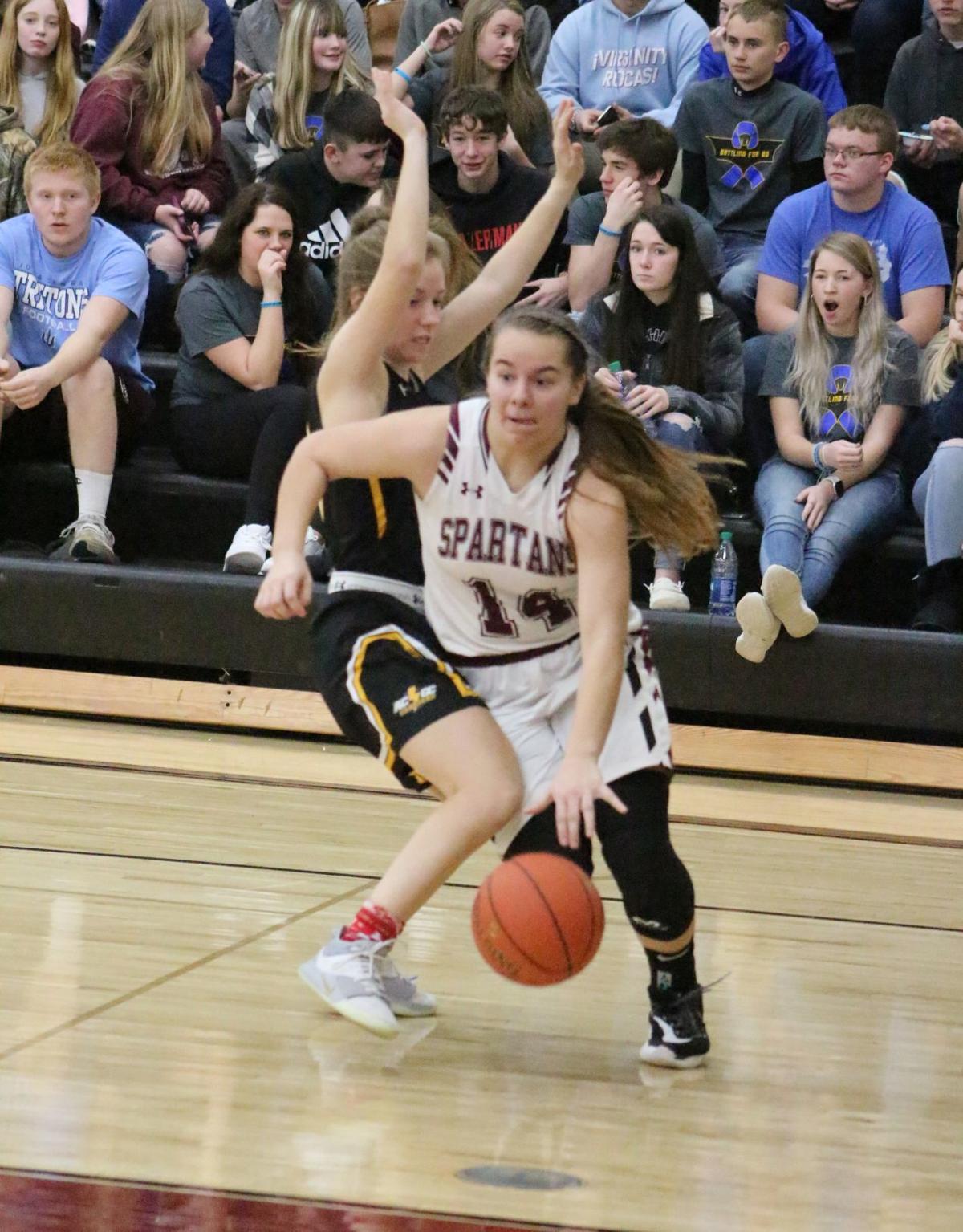 Junior Tatum Grubbs had the co-game high of 18 points for the Spartans in Saturday’s game against ACGC. 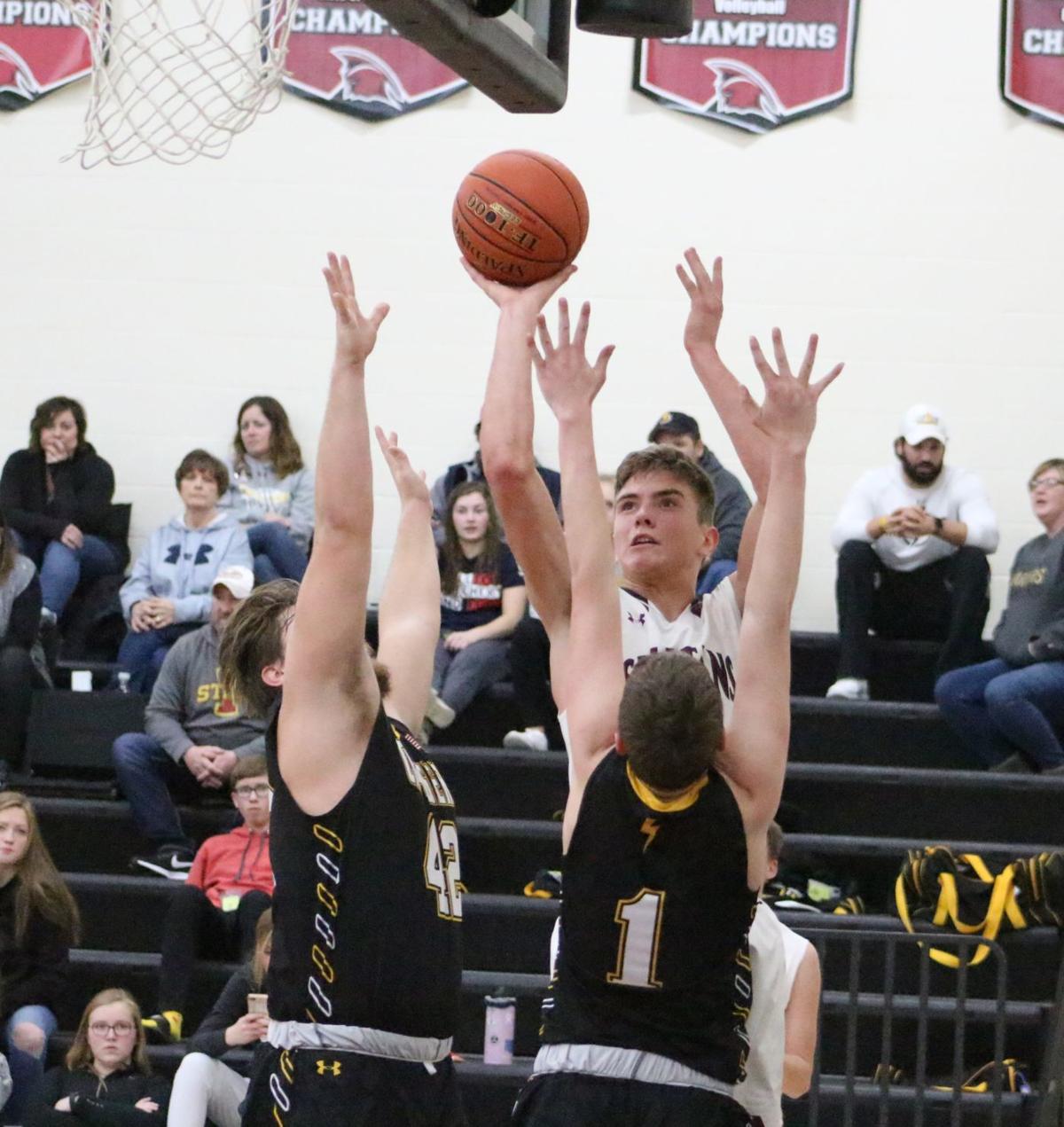 Junior Tatum Grubbs had the co-game high of 18 points for the Spartans in Saturday’s game against ACGC.

The Spartans, overcame a sluggish second quarter where they were scoreless in the first four minutes of the quarter. The Spartans offense found some rhythm again though as they scored 13 points in the last four minutes, but still trailed 29-28 to an upset-minded Charger team.

“We definitely did better at making our free throws down the stretch,” Spartan girls coach Tom Petersen said. “Finishing 22 of 34 still isn’t all that good, but it is an improvement. We found a way to win. We didn’t play sharp in pretty much every area, but credit to ACGC. They are way more physical than what we were and when you’re more physical a lot of good things are going to happen. Hopefully we can build on this because we have a big week coming up.”

ACGC was lead EmmaKay McClain and Alaina Bunde who each scored 10 points for the Chargers.

The boys action proved to be just as entertained to the “Blue Out of Bo Bartz” crowd. The lead changed seven times and no lead ever exceeded nine points.

Five of those lead changes happened within the second half as they teams traded baskets seemingly through the whole half. However, back-to-back treys from the Spartans tied the game up again at 43 and once on the Chargers took the lead on their next basket, they never surrendered the lead again.

“We just dug ourselves too much of a hole in the first half,” Spartan boys coach Doug Newton said. “We had to scratch and claw to get back in the game. They’re a very athletic team and they beat us to a couple of loose balls and we missed a couple of shots that normally fall for us, so all in all I thought we still played really balanced offensively.

“Hats off to (freshman) Easton Nelson who also step up for us and got some things done. This team is still getting better.”

Exira-EHK’s next game will be Tuesday at Glidden-Ralston. ACGC will host Madrid, also on Tuesday.

Areas of dense fog early. Then becoming windy with snow showers developing overnight. Some sleet or freezing rain possible. Low 11F. Winds S at 5 to 10 mph, becoming W and increasing to 25 to 35 mph. Chance of snow 50%.

Areas of dense fog early. Then becoming windy with snow showers developing overnight. Some sleet or freezing rain possible. Low 11F. Winds S at 5 to 10 mph, becoming W and increasing to 25 to 35 mph. Chance of snow 50%.

Windy with a few clouds from time to time. High 16F. Winds NW at 25 to 35 mph. Winds could occasionally gust over 40 mph.