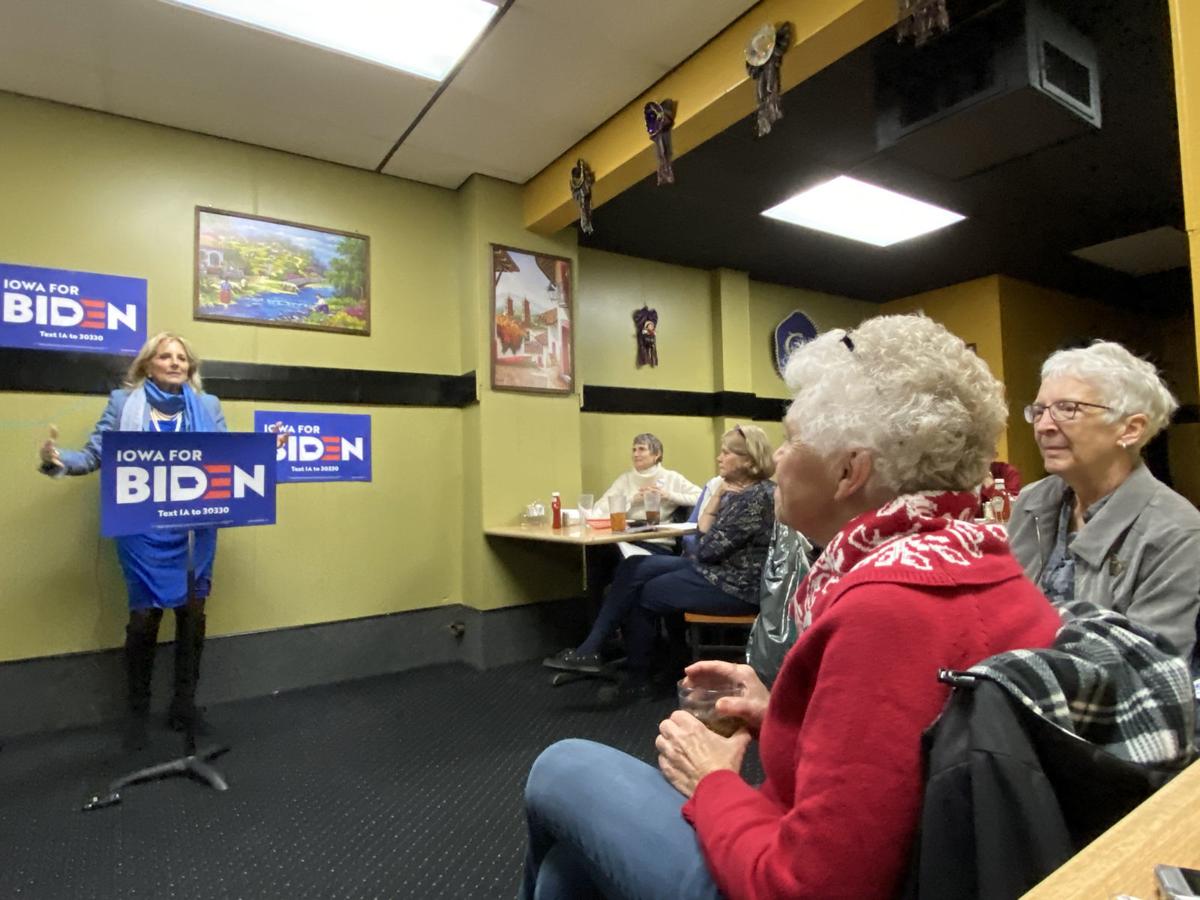 Jill Biden visited Audubon while campaigning for her husband on Monday. 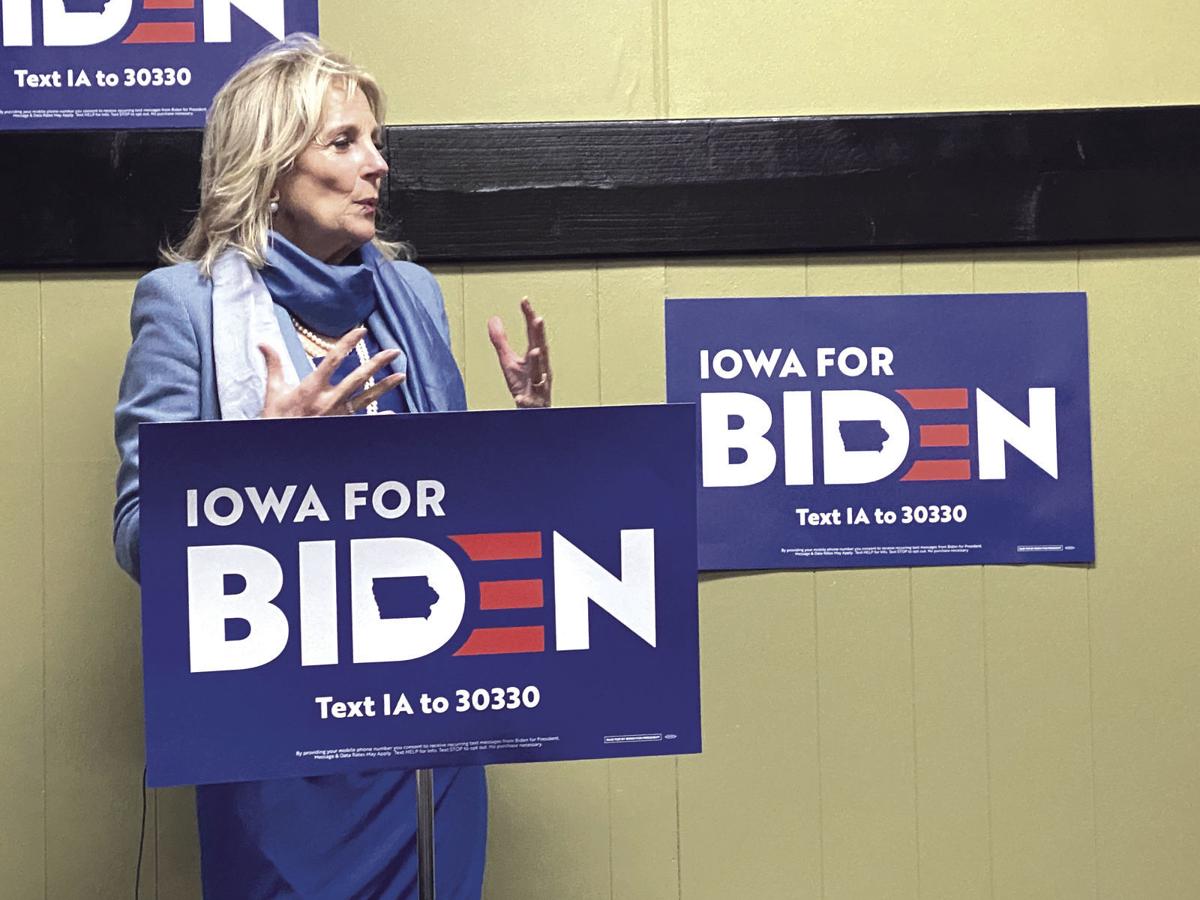 Jill Biden visited Audubon campaigning for her husband on Monday.

Jill Biden visited Audubon while campaigning for her husband on Monday.

Jill Biden visited Audubon campaigning for her husband on Monday.

AUDUBON — When it comes to experience, Dr. Jill Biden — wife of presidential candidate and former Vice President Joe Biden — says her husband is ready to hit the ground running.

Jill Biden made a stop in Audubon on Monday for a meet and greet at El Adobe Mexican Restaurant at lunch time, and spoke to about 20 people about her husband’s campaign.

She said the next president would face a number of challenges and questions but felt her husband had the vision, character and experience needed for the job.

With caucuses coming up in just 21 days, “Team Joe” was busy seeking volunteers to knock on doors and make phone calls, and to commit to caucusing on Feb. 3.

She hoped those attending would consider her husband, saying he was capable of appealing to independants as a progressive moderate; that he was capable of taking on President Trump in swing states and winning, and that he had set achievable goals. “It’s important we choose someone who can win,” she said. About half of the group said they had made up their minds about which candidate they would support, while others were still making up their minds.

“I think Iowans should choose Joe because of the type of leader he is,” Jill Biden said. “He has the experience, he can walk in on day one at the Oval Office and take over the job right away, he doesn’t need any training.”

“He knows all of our allies around the world, as well as our enemies, and he’s done this job, for eight years, as vice president.”

She said if Iowans wanted a new change in leadership, someone who would take the country in a new direction, they should choose her husband.

She also fielded questions from the audience at the end of her talk, like whether her husband would consider choosing a younger running mate, and she asked them for suggestions. Amy Klobuchar’s name came up from three or four people in the audience.

She was also asked about Joe Biden’s plans for education — and said as a teacher, she was excited about it. She said he wanted to start at the bottom with free pre-school for all children, and wanted to promote free community college as well.

A mix of clouds and sun, with gusty winds developing this afternoon. High around 70F. Winds N at 20 to 30 mph. Higher wind gusts possible.