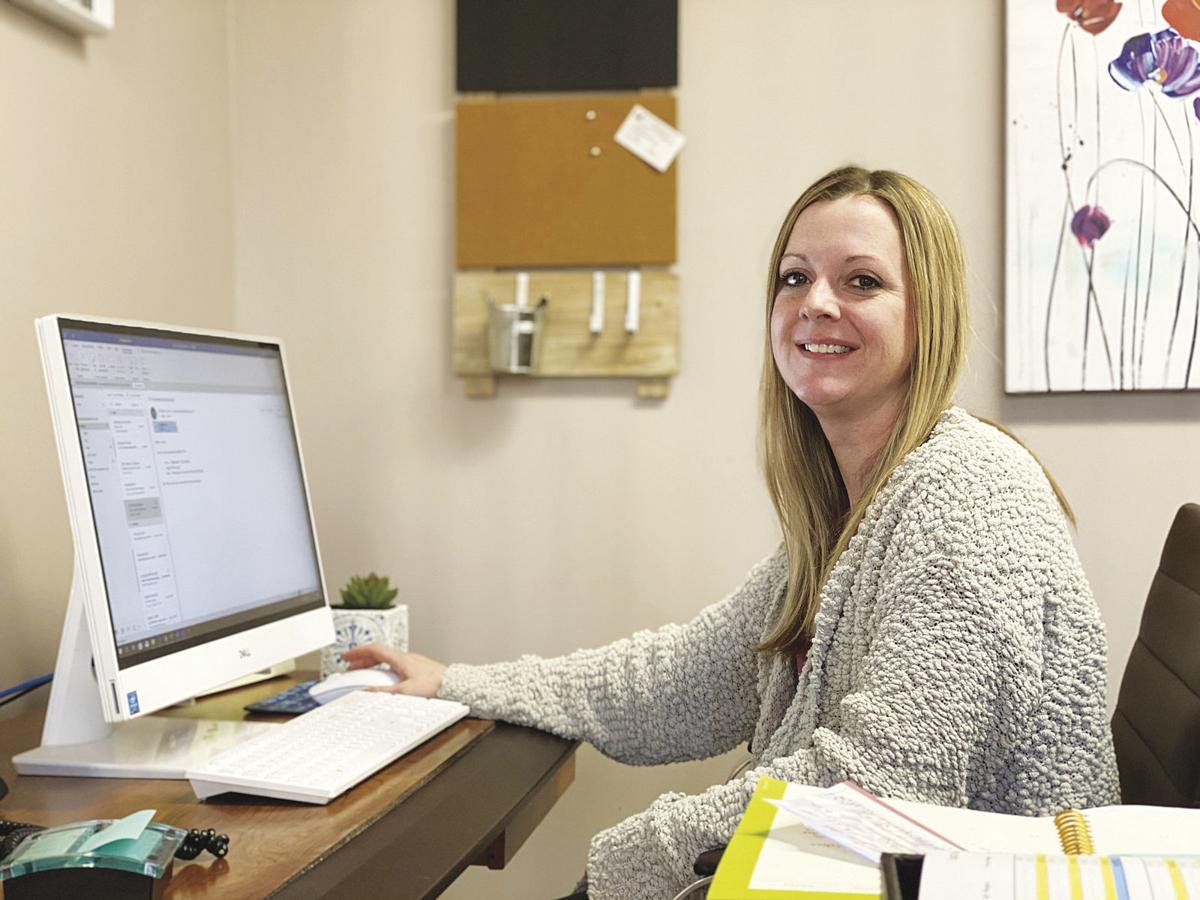 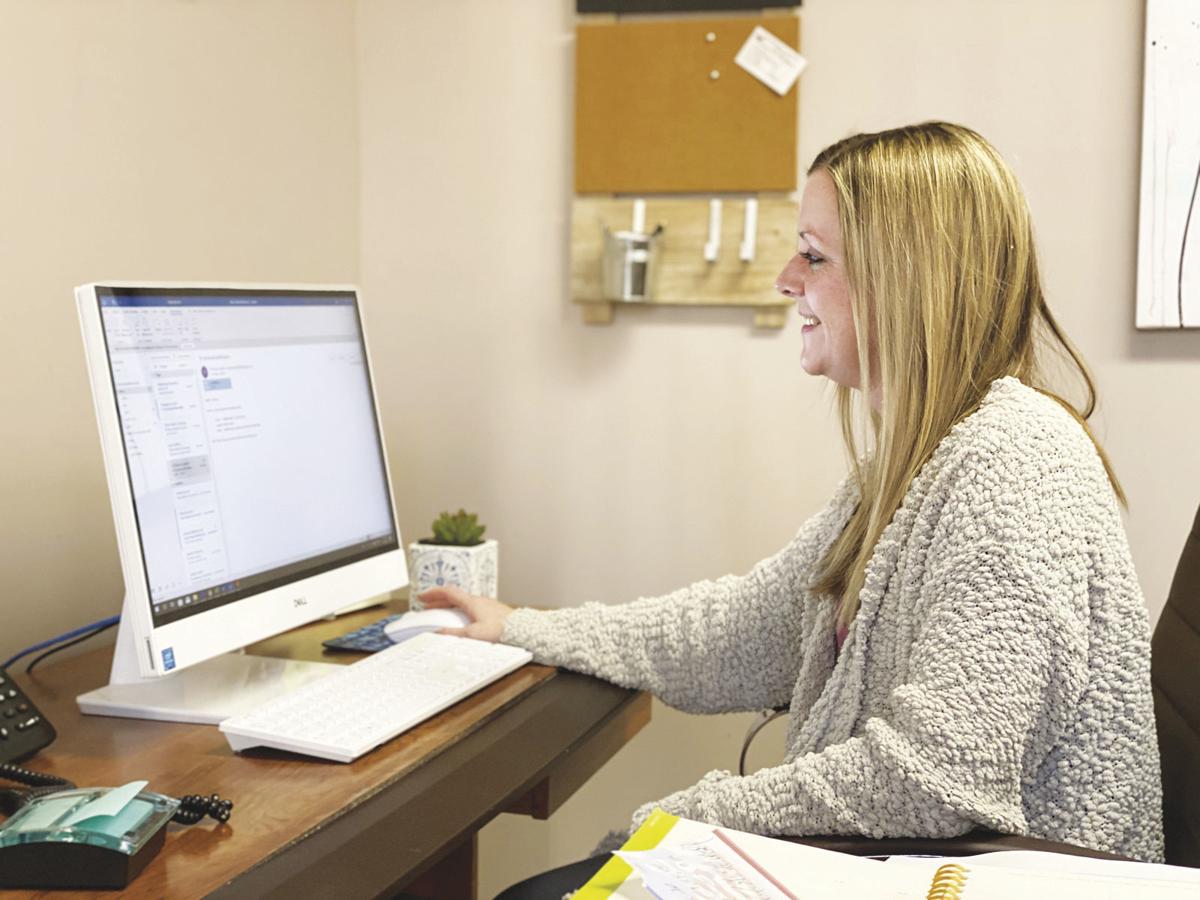 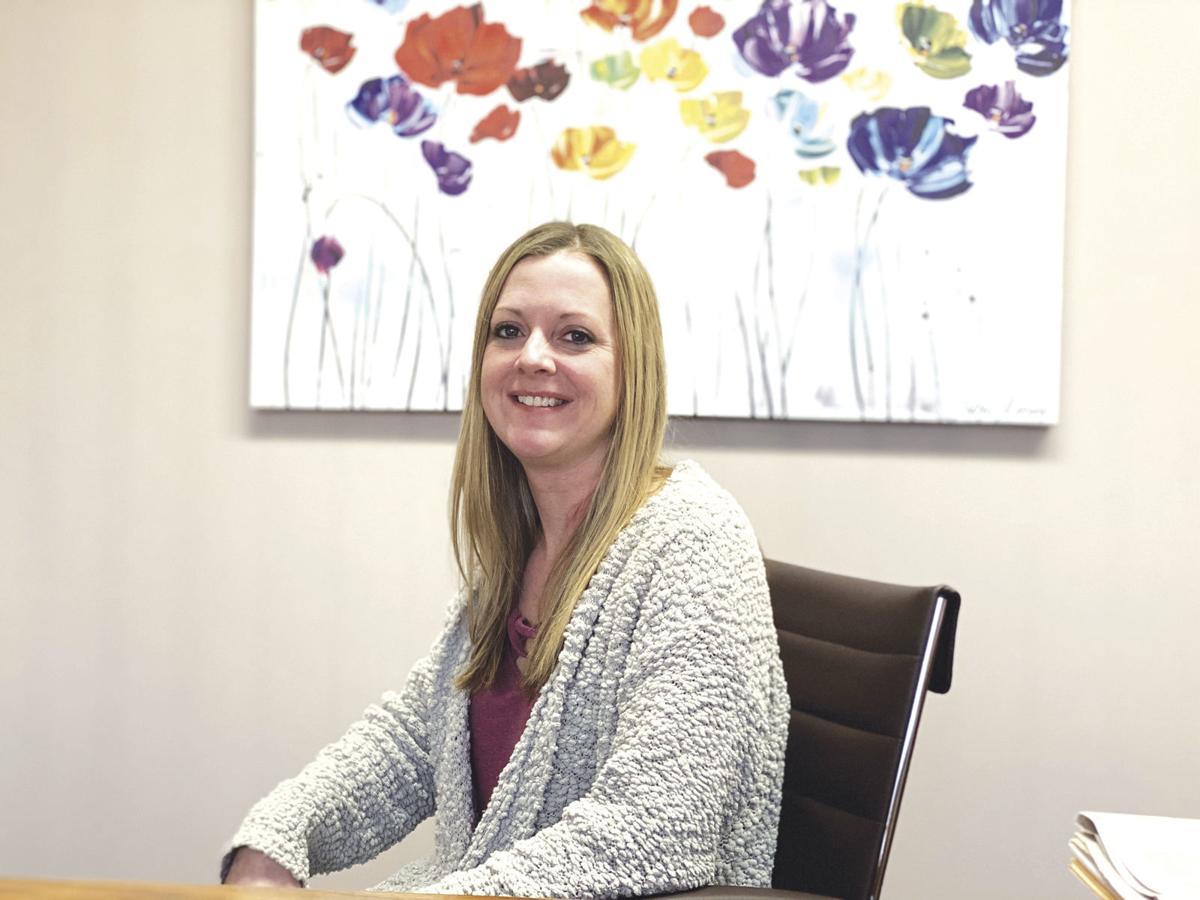 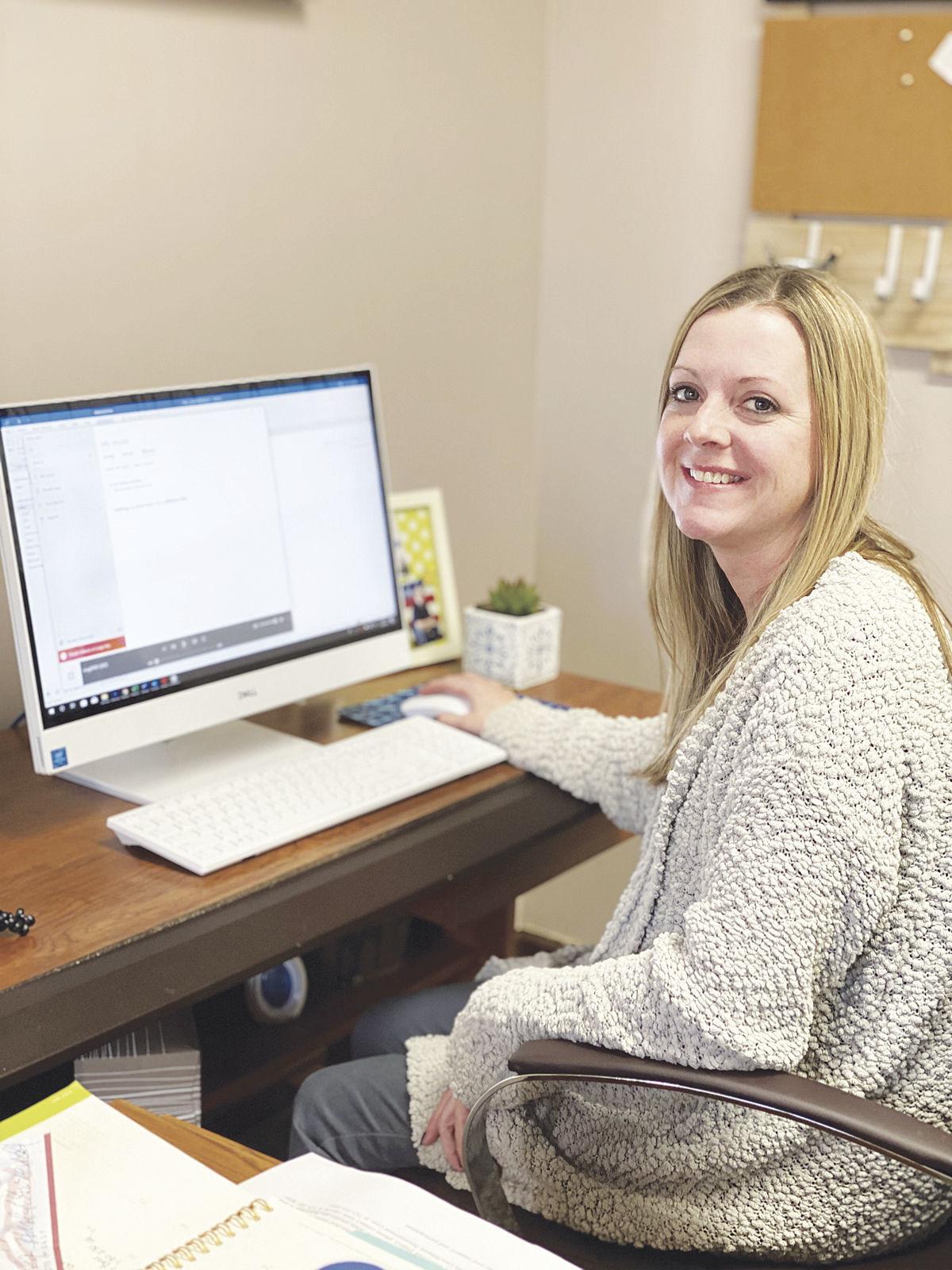 ATLANTIC — Jennifer McEntaffer really loves Atlantic. She graduated from Atlantic High School in 2001, and like many AHS grads, she moved away from the area, first to Georgia after graduating, then lived in Kansas City before returning to Atlantic to raise her family. But if you ask, she won’t hesitate to tell you, she “really does love the Atlantic area.”

And that’s important because McEntaffer, as the Executive Director of the Cass Atlantic Development Corporation, is working daily to support and grow the community.

While she was in high school, she said she had “absolutely no idea” she’d end up as executive director of CADCO — she graduated from Buena Vista in 2008, and got a job with Cass Incorporated as an administration assistant. When a job at CADCO as administrative assistant opened, “I jumped all over it,” she said. At the time she was working with then director, Russell Joyce. That was 11 years ago. She worked with Joyce until he retired in January of 2019.

Comparing the time she spent as assistant to serving as director now, she said, “I like this much better. I miss Russell, but I like being the director.”

She said the experience of working as assistant has helped her, and as director, she says the job is more dynamic. “It’s not just doing the books,” she said.

The job can — and often is — different every day. “I’ve come to work and have a plan for the day,” she said, “and by the end of it, sometimes I didn’t remotely do any (of that plan).”

For those who aren’t familiar with what CADCO does, McEntaffer explains.

On a day to day basis she says her favorite part is that “forever changing” aspect of the job. “There is no typical day,” she said. And, she said, “I’ve met a lot of really neat individuals that I probably wouldn’t have met otherwise.”

There are often a lot of meetings, she sends out proposals for perspective businesses, and works closely with the city, county, and Atlantic Municipal Utilities.

One possible downside to the job is the fact that while she might be working on a number of possible projects — until all the t’s are crossed and i’s are dotted, she can’t really talk about what they are working on.

Currently CADCO — working with Audubon and Cass counties, is promoting a piece of property at Highway 71 and Interstate 80 — the Valley Business Park. The property has been paid off, is currently leased and is bringing in money. It’s important to have property like that available, she said. “Bob Camblin says, ‘You have to have the carrot.’” CADCO also has 36 acres near the ethanol plant they are trying to get developed. And one of those projects she’s working on but can’t say too much about yet is a housing project — infill housing.

CADCO is also working on a labor shed study to take a closer look at the worker force in the area, a way to help prospective businesses considering the area.

“We’re really excited to see what the year has in store for us,” she said.

When she’s not promoting Atlantic at CADCO, she’s busy working in other areas — she’s with Atlantic Rising, the Rotary Club, attends Ambassadors events and works with School to Work.

The job is flexible, and for a mother of four active kids, that’s a big thing.

“I have a boy in Boy Scouts, a girl in dance, a girl in gymnastics, a girl in volleyball and my 7-year-old son is into every single sport,” she said.

“This job works really well with having children,” she said, “I have a lot of flexibility with my hours,” she said, “it’s good to be able to flex time.”

Being that busy, Jennifer said, doesn’t leave time for hobbies, “I wish I had time for hobbies, but my hobby is cleaning my house.” She does have two dogs — a little Yorkie and a Pug, that she likes to spend time with. “I like to take them for a walk,” she said.

She likes small town life because you can get to know your neighbors. “I love it that I know the majority of my friends’ parents, teachers and more. My father lives here, and I have two sisters that live here as well,” she said.

She really does love Atlantic. “We’re happening,” she said.

“I love the people, the atmosphere, the small town, it’s been a great place to raise my family. I love Atlantic, I really do,” she said.

A mix of clouds and sun. A few flurries or snow showers possible. High around 5F. Winds NNW at 5 to 10 mph.