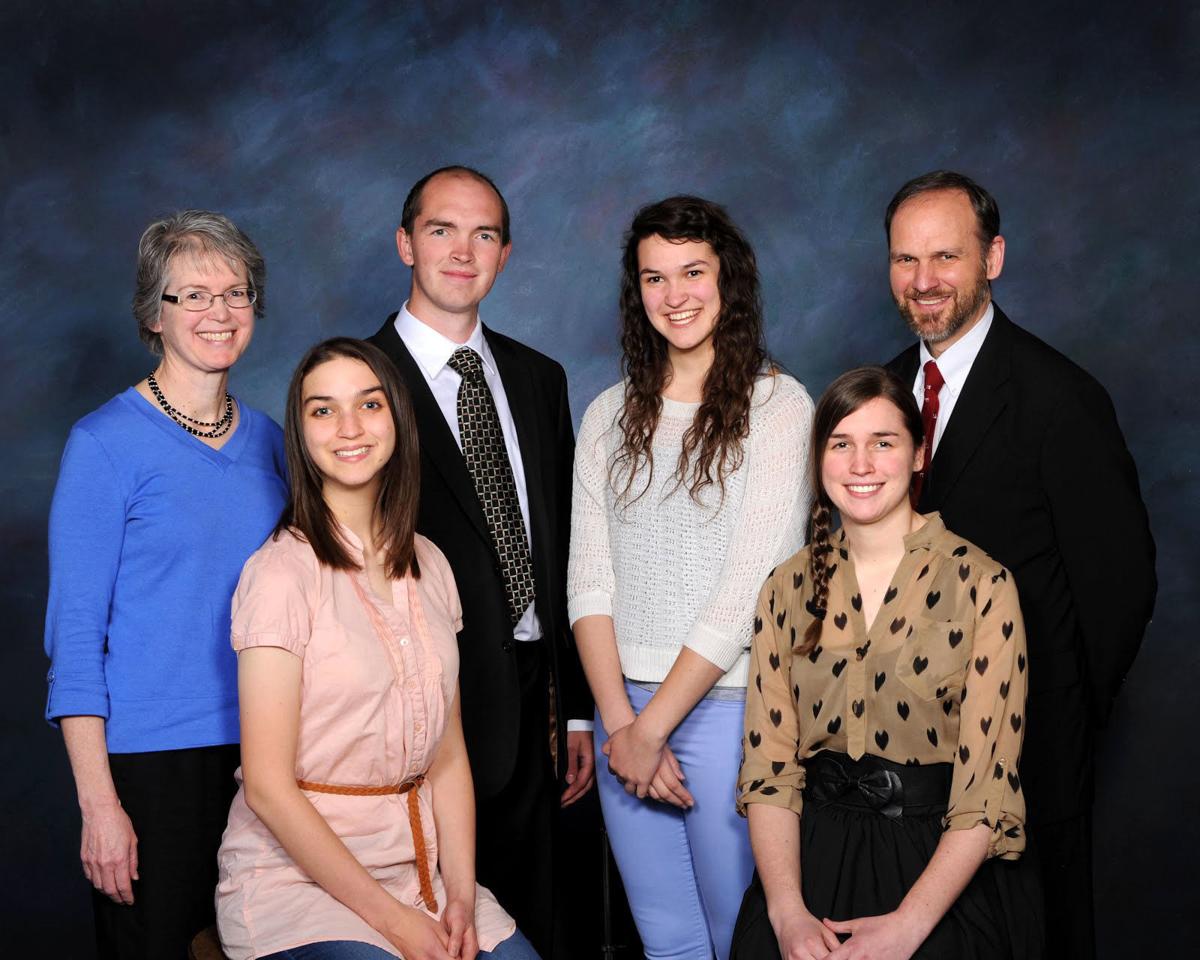 The Varley Family — including Karen and Warren Varley and their four children, son, Ben and daughters Gwendolyn, Lena and Millie. 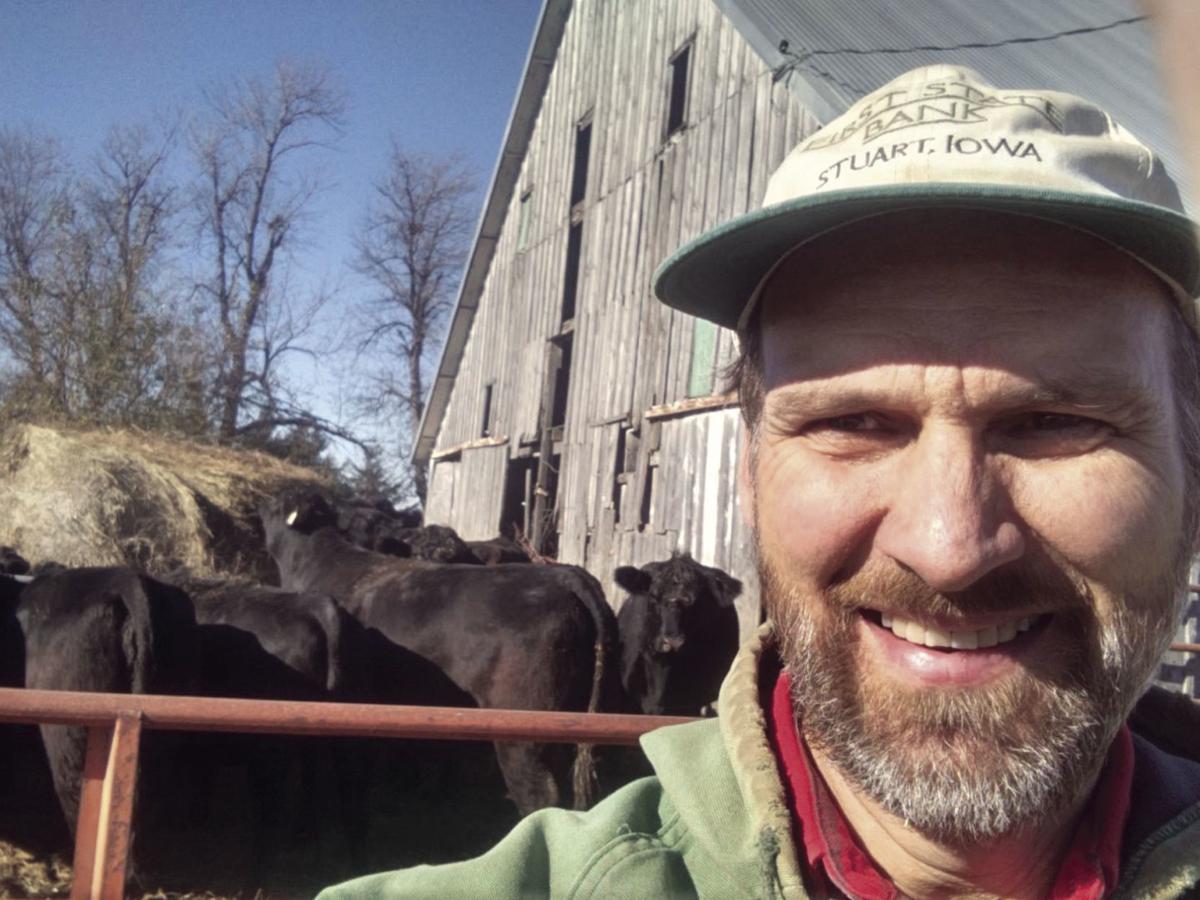 Warren Varley and some of his cattle on his farm south of Stuart.

The view out the window at Pine View Angus Farms.

The Varley Family — including Karen and Warren Varley and their four children, son, Ben and daughters Gwendolyn, Lena and Millie.

Warren Varley and some of his cattle on his farm south of Stuart.

The view out the window at Pine View Angus Farms.

STUART — The Warren Varley family has been farming on the family farm in Adair County since 1989.

“It’s pretty conventional, corn, soybeans and cattle, hay and pasture,” Warren says, but said they’ve added some tree planting for the long term. “My daughter wants to come back and do some farm to table production.”

The family is balancing farm life with a small town law business and politics.

At the moment — down on the farm — raising cattle is the main thing, he said.

“I grew up on the farm, and I enjoyed 4-H and FFA. When I went out to college I planned to come back to the farm,” he said.

While Warren’s and his wife Karen’s families both farmed, Warren said he had always been interested in politics, “because my father was in the legislature.”

And that is what spurred his interest in getting on the ballot. Warren is currently running for the Iowa District 10 Senate seat.

His interest in politics was also part of the reason he went into law — an ag law professor there encouraged him.

He and his wife met while studying agriculture in college. “We went to the same school, and then came back to the family farm — I’ve been here since 1989,” Warren said.

Karen grew up on a dairy farm in northeast Iowa. After college, Warren worked for a time, with a small town law office.

“I kid and tell people that I practice law to support my farming habit,” he said.

Karen got a degree in plant molecular biology, and went to work for Pioneer Hybreds, as a patent agent. They put her through law school at Drake, and she later joined her husband’s law office in Stuart.

Warren says while he enjoys law, he likes agriculture and farming just a little bit more.

“I really love farming,” he said, “Working with the soil, and the livestock and the interaction with it all.”

He spent a learning about soil conservation, as an agronomy student, working for the soils conservation corps, and said that encouraged him to work to keep the soil on the land.

“One of the things that frustrates me,” he said, is water quality in Iowa. “I’m embarrassed by (the water quality) in the state, I really think there are opportunities to tweek our public policies to benefit both farmers and to improve our soil and water quality at the same time.”

Warren said balancing his work at this law office with his work on the farm, he’s learned to manage things to make it all work. “A lot of farmers here calve in January and February,” he said, “I do a lot of business with tax returns, so it makes more sense for me to start calving in April, and that works with the pasture life cycle, too.”

He said he’s able to juggle it, and adds, “It helps if you love what you do.”

“My wife has said, ‘We need to clone you,’ and I reply, ‘well, your major is molecular biology, you ought to be able to clone me.’” His wife, he said, told him her degree was in plant molecular biology, and she’d have to turn him into a vegetable first.

The couple has four children. Son Ben is with the Air Force, based at Travis AFB near Sacramento in California. Eldest daughter Gwendolyn is working on a PhD at Greenwich University in England, studying international ag development. She’s worked in rural Uganda, with apple producers in China, done some studies with farmers in Indonesia, worked in Bangladesh, and spent a summer working on the farm of Denise O’Brien.

Lena, their middle daughter, is at Iowa State working on her engineering degree, and is interested in environmental engineering.

Millie, their youngest daughter, is the one who wants to return to the farm.

While many kids grow up and move away from Iowa, in the Varley’s case, agriculture has had a big influence on Warren and Karen’s kids. “We are real pleased with all of them,” Warren said.

The Varley farm is south of Stuart, “We’re on pretty high ground,” he said, “surrounded by wind turbines.”

While some people don’t like the turbines, Warren said he used to serve on the Farm Bureau county board for Adair County and when MidAmerican first came into the county with a public hearing, there was a lot of resistance.

Warren said he looked over the contracts being offered and as a result, worked with Farm Bureau to get a grant to do a feasibility study, and then put up two locally owned wind turbines. Those worked out and the number has grown to 13 since then he said. “It’s been exciting to see the project grow,” he said, “and I still feel good that we are generating electricity (from the turbines).”

He said he’d heard the turbines were a little like combines, up in the air, harvesting wind.

“We have several that are close to our home, and when a bunch go up at one time, it can be jarring and hard to adjust to the change,” he said, adding it was still better than digging coal out of the ground.

“And it’s going to help our county infrastructure,” he said, with the turbines helping to take part of the burden off property tax revenue, and providing a resource to help the county with “quality of life things, like keeping up roads and bridges.”

And while he might be a lot busier if he is elected to the District 10 seat, Warren said his farm and law office are in great hands.

The elected office will be his first priority, he said, “I take public service very seriously.” With a daughter moving back to the family farm, and his wife working in the law office, Warren will have plenty of help. “My wife has brought a level of professionalism to the law office, based on her experience in a much larger enterprise, there at Pioneer Hybreds,” he said, “I’m confident those enterprises will be in good hands.”