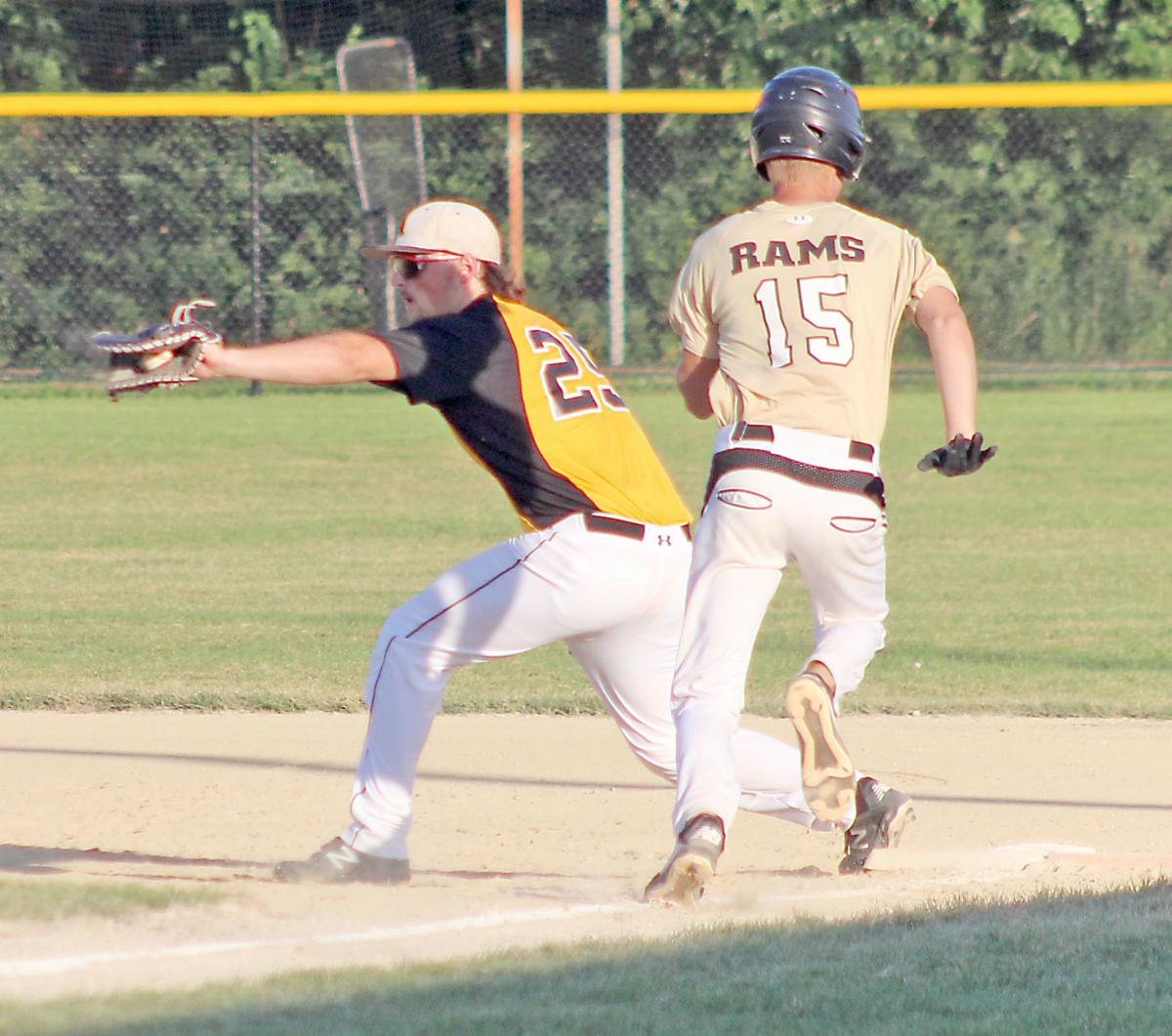 Atlantic's Gunner Kirchhoff shined all night on both offense and defense. Getting the putout here at first base for the Trojans against Glenwood, Kirchhoff went 4-for-5, including a home run to boost an 18-6 win over the Rams Thursday night in Glenwood. 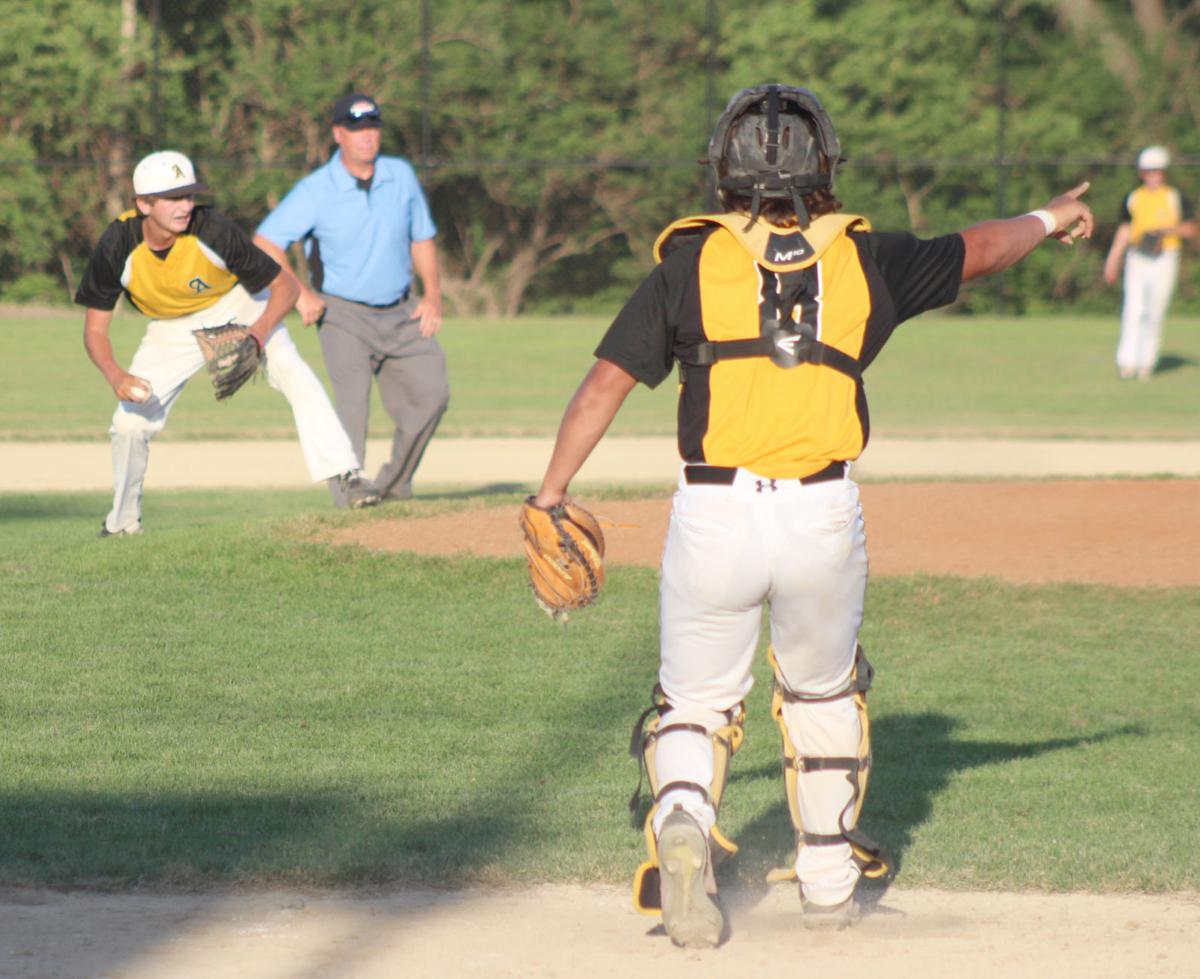 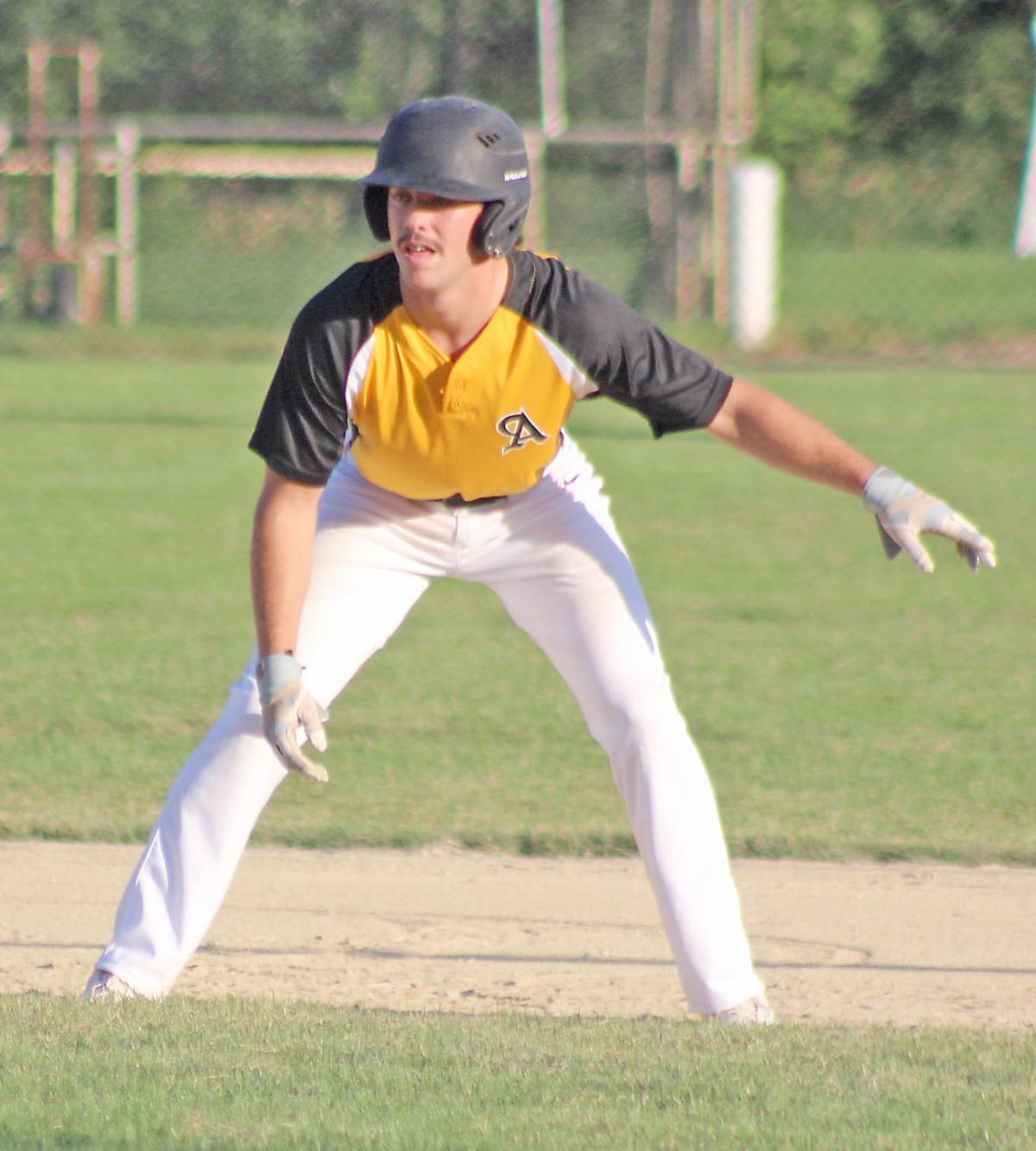 Atlantic’s Brenden Atkinson leads off first base and watches the Glenwood pitcher during Thursday’s Hawkeye Ten Conference game. The Trojans had a big game against the Rams, winning 18-6.

Atlantic's Gunner Kirchhoff shined all night on both offense and defense. Getting the putout here at first base for the Trojans against Glenwood, Kirchhoff went 4-for-5, including a home run to boost an 18-6 win over the Rams Thursday night in Glenwood.

Atlantic’s Brenden Atkinson leads off first base and watches the Glenwood pitcher during Thursday’s Hawkeye Ten Conference game. The Trojans had a big game against the Rams, winning 18-6.

GLENWOOD – The question was asked: How long has it been since the Atlantic baseball team has hit a home run?

Coach Joe Brummer has been with Trojan baseball four years, and can’t seem to recall ever being one during his time as a coach with the program.

But when Kirchhoff, a junior, blasted his two-run shot off Glenwood’s battered bullpen Thursday night, it not only ended a long streak of no home runs for Atlantic baseball.

It also proved to be the icing on the cake of a huge night for the Trojans.

Setting the tone early, the Trojans exploded for seven runs in the first two innings and chased five Rams’ pitchers from the mound over the course of the evening in an 18-6 Hawkeye Ten Conference win.

“Gunner’s done a really good job getting (the job done at the plate),” said Brummer. “He’s spent some extra time in the cage after practice and has had some good games.

“He hit a fast ball and it kept going. It was a moonshot out there,” he said.

On the evening, Kirchhoff drove in six runs off a 4-for-5 night at the plate, also including a single and two doubles. One short of the cycle, and he even got a walk.

The Trojans did send a new lineup into the game, and it paid dividends almost immediately.

“We threw some changes in the batting order to see what we could find,” said Brummer. “We’ve been struggling at the plate and we decided to mix things up. It looks like it paid off.”

In the first inning, Brenden Atkinson beat out a throw to first for a one-out single and scored on Kirchhoff’s first hit, to the gap, to make it 1-0. Colin Mullenix was hit by a pitch and came home on a passed ball – perhaps an early sign that Rams’ pitching was going to have one of those nights.

The first of five relievers of the game came in during the second inning, and the Trojans were unkind to all of them. Kirchhoff’s hopper to shallow left scored Brody O’Brien and Grant Sturm, increasing his RBI total to three at that point and making the lead 6-0. Lane Nelson’s fly ball dropped in front of the the left fielder, sending another run home to make it 7-0, and the Trojans were well on their way to a huge victory.

While the Trojans were dominant at the plate, they also did a good job defensively, and it started with pitcher Dayton Templeton. In 5-2/3 innings, he gave up six runs on nine hits and struck out just two, but had good pretty defense behind him to help support him.

“He did a great job getting ground balls and strikes. He threw to contact and did a good job hitting his spots,” said Brummer.

But really, it was a good game all around, with the Trojans punching out 15 hits off the half dozen Rams’ pitchers. Atkinson and O’Brien each added three hits as everyone got on base at least once.

The Trojans improved to 2-4 on the year and travel tonight to Council Bluffs to take on Abraham Lincoln. Monday the team will re-enter Hawkeye Ten Conference play with a road date at Harlan.

Partly cloudy this evening with more clouds for overnight. A stray shower or thunderstorm is possible. Low near 70F. Winds S at 10 to 20 mph.