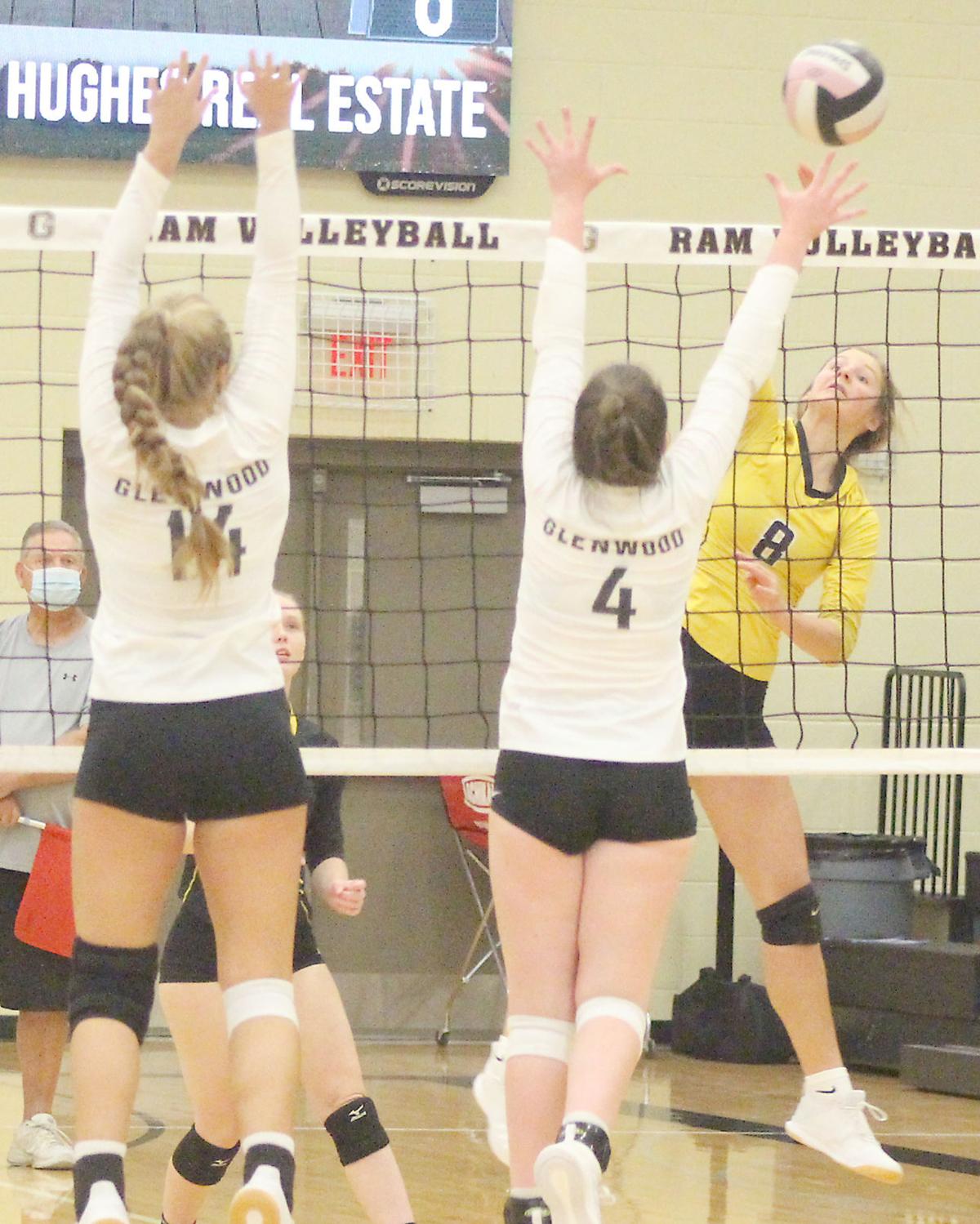 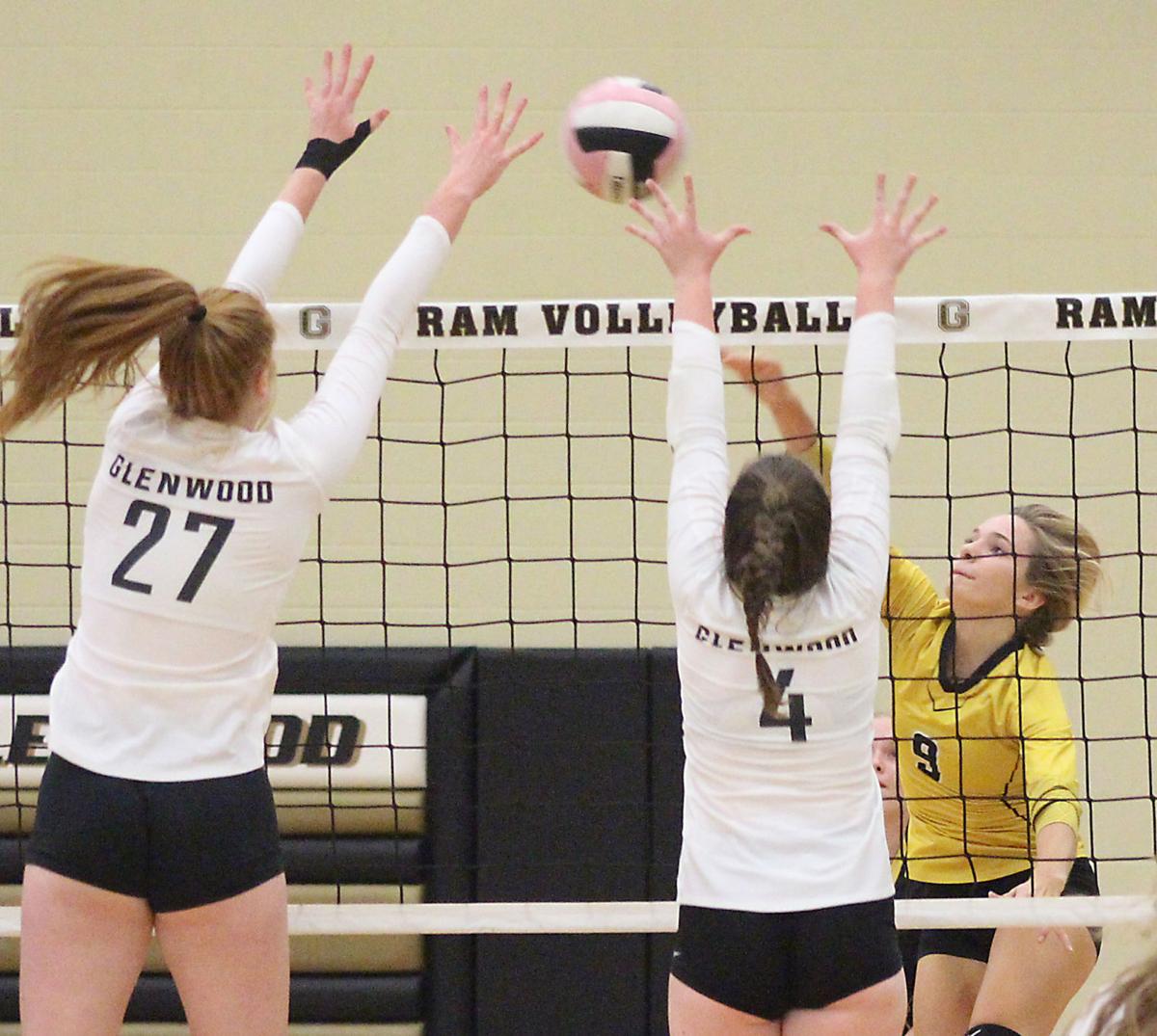 Atlantic’s Caroline Pellett was a force at the net during a Hawkeye Ten Conference volleyball triangular Tuesday, Sept. 15. Here, she puts down a kill against Glenwood.

Atlantic’s Caroline Pellett was a force at the net during a Hawkeye Ten Conference volleyball triangular Tuesday, Sept. 15. Here, she puts down a kill against Glenwood.

GLENWOOD – Atlantic played through the adversity and in the end, strong play at the net won the day against Clarinda.

“I think that we had pretty good energy throughout the night,” said Pellett, who along with Guyer had seven kills. “We could have improved on that but we just need to get in our zone and play for ourselves and not play all defense and that’ll get our offense going a lot better.”

Blockers helped set up the offense.

“Our blockers did a phenomenal job tonight. That really helps us out with getting them (Clarinda) out of system and also scores us some points sometimes,” said Pellett.

Against Clarinda, the Trojans handily won the first set and used an 8-0 run to break away from an early tie and set the tone. A Maycie Waters kill ended the second set to put Atlantic up 2-0.

In the deciding set, a block by Alyssa Derby put the Trojans up 14-10, and the Cardinals couldn’t handle a kill attempt.

“We got too comfortable in the third and fourth sets and stopped playing to our potential,” said coach Michelle Blake. “(But) we showed a ton of resiliency in set five, losing the last two sets, we could have just rolled over and let them have it but we battled back and won in five. It feels great to have our first conference win under our belt heading into Thursday’s match against Harlan.”

Earlier in the evening, Atlantic lost in straight sets to Glenwood, the fifth-ranked team in Iowa Class 4A, 25-22, 25-11, 25-12. The Trojans came out aggressive and matched the Rams point-for-point in the first set before the Rams took command in the next two sets.

Deby and Guyer had six kills and three blocks apiece against the Rams. For the evening, Rasmussen ended with 40 assists.

A mix of clouds and sun with gusty winds. High 68F. Winds NW at 20 to 30 mph. Winds could occasionally gust over 40 mph.