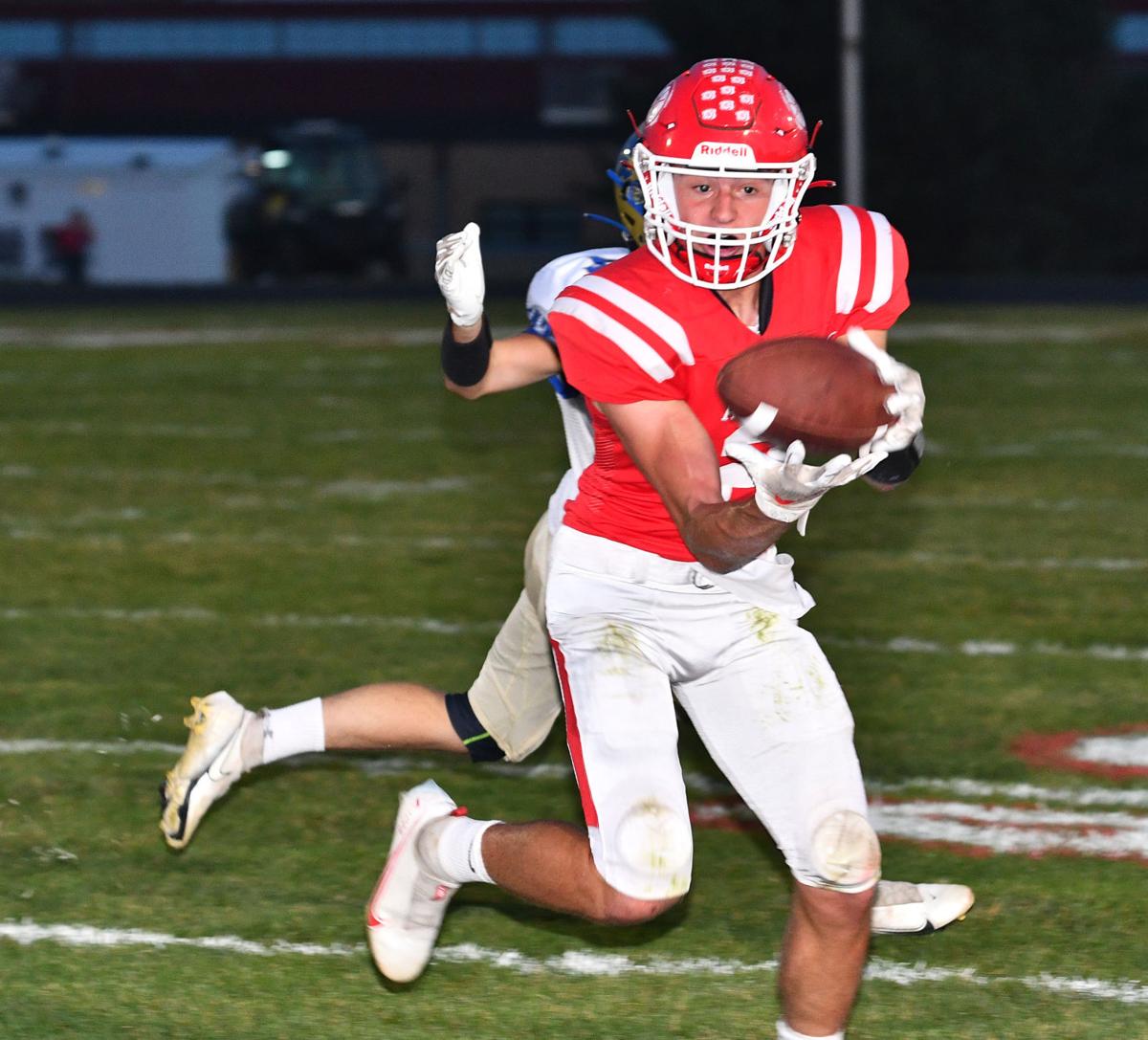 Gavin Smith hauls in an interception during the first half of the Wheelers matchup with Glidden-Ralston. 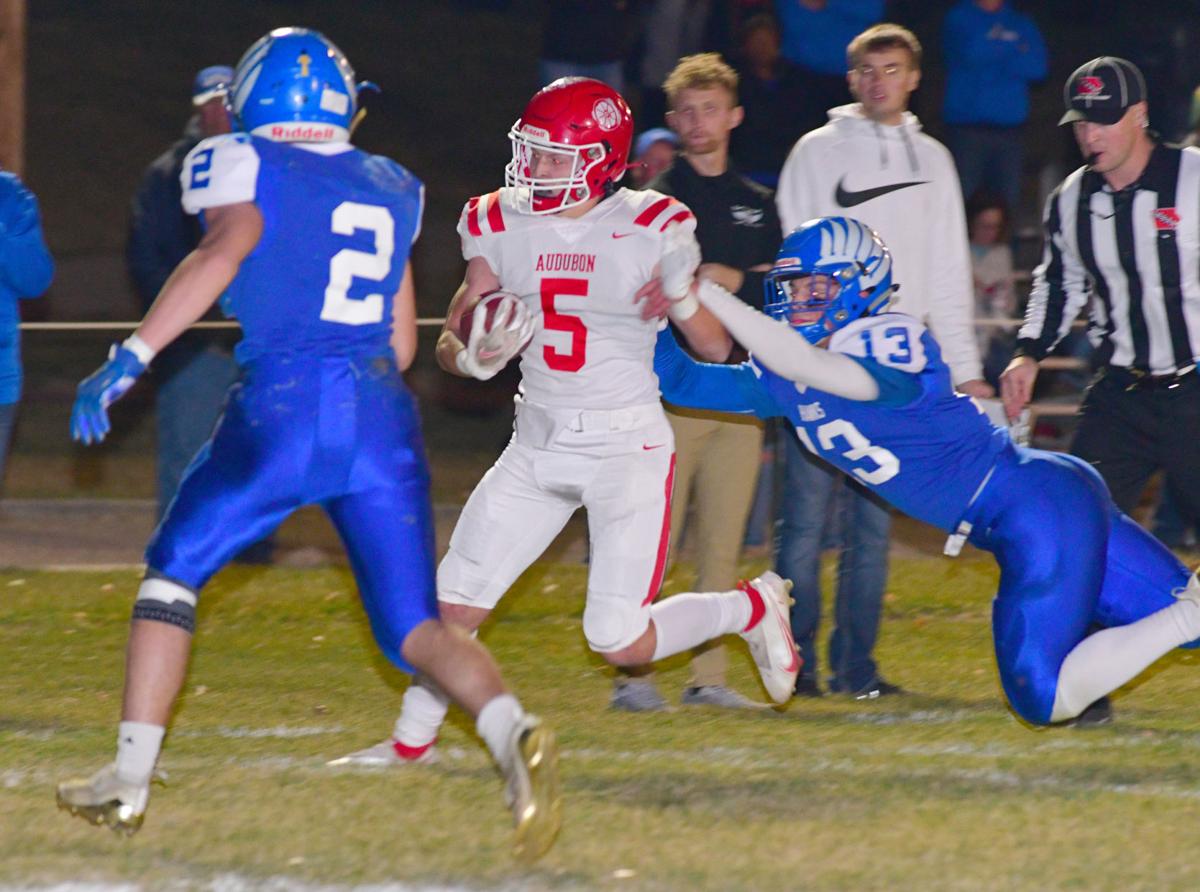 Joel Klocke breaks away from a Remsen defender to reach the end zone Friday, Nov. 6, in Remsen. 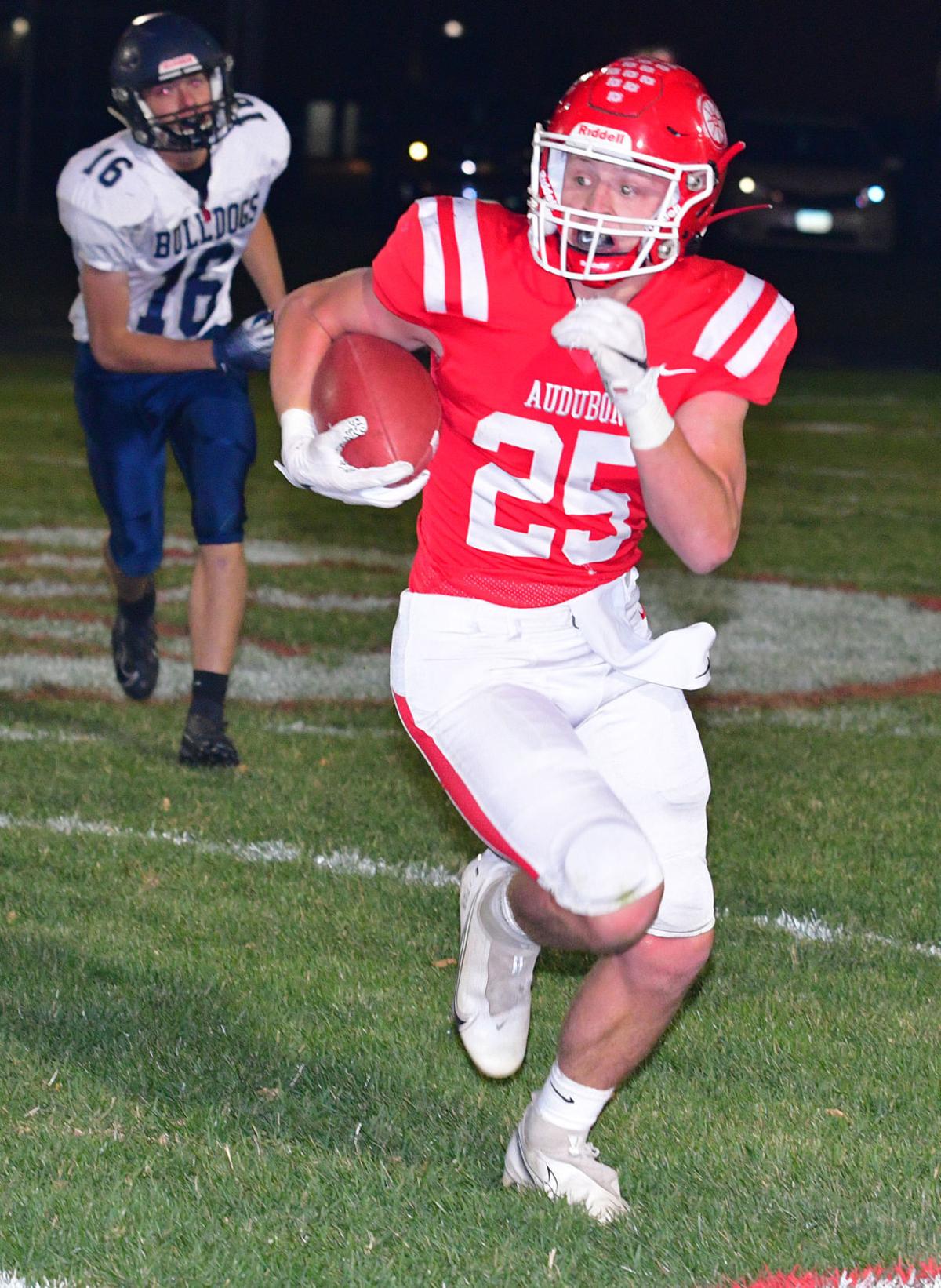 Ethan Klocke heads up field Friday night in the Wheelers 55-0 win over Bedford.

Gavin Smith hauls in an interception during the first half of the Wheelers matchup with Glidden-Ralston.

Joel Klocke breaks away from a Remsen defender to reach the end zone Friday, Nov. 6, in Remsen.

Ethan Klocke heads up field Friday night in the Wheelers 55-0 win over Bedford.

Throughout the season, Audubon hung its hat on its ability to control the ball on offense and shut down the opposing team on defense.

With just two seniors on this year’s roster – twin brothers Ethan and Joel Klocke – that should be a trademark of the Wheelers again in 2021.

The team had to fill several key pieces with newcomers after the graduations of Jackson Jensen, Luke Mosinski and Skyler Schultes from last year’s state runner-up squad. Coach Sean Birks need not have worried, as his team – newcomers and veterans alike – meshed just fine together.

For 2020, that formula led to an 8-1 record and a berth in the Iowa eight-man quarterfinals, their quest for a repeat trip to the UNI-Dome falling just one step short after a 42-27 loss to eventual state finalist Remsen St. Mary’s.

It was the rubber match in a series from last season, where the Wheelers and Hawks split their games, Audubon getting the semifinal win 39-28 after losing the season opener 26-25.

In the final game of the year for Audubon, the Klocke brothers were in on the team’s first three touchdowns – Joel’s 9-yard run and 35-yard pass reception, and Ethan’s 74-yard fumble return – before Gavin Smith had a 39-yard run to put the Wheelers up 27-7.

That would be the last time the Wheelers scored on the season. The Hawks’ Jeremy Koenck and Blaine Harpeneau began taking control of their offense as RSM went up 28-27 at halftime. The second half, the Hawks’ defense shut out the Wheelers, and Harpeneau’s touchdown with nine minutes left in the game made a Wheeler comeback a longshot.

Prior to the quarterfinal, the Wheelers were tested just once this season, that game coming in the “round of 16” against Newell-Fonda, winning 28-6. Gavin Smith’s runs of 3 and 22 yards opened a 14-0 lead, but Mustang quarterback Gabe Sievers’ 9-yard pass to Hunter Christiansen made it 14-6 at halftime. Smith’s touchdown run and a pass to Joel Klocke salted away the game’s outcome in the second half.

With two games scrubbed due to COVID-19 outbreak late in the regular season, the Wheelers were dominant in District 8 play, with each of their games going to continuous clock for the entire second halves of each. Twice, the Wheelers hit 80 points, against Boyer Valley and Glidden-Ralston.

The dominance continued in the first two games of the post-season: a 55-0 win over Bedford and a 40-7 victory over East Mills, the latter the first game that did not end with the clock ticking continuously.

The Klocke brothers were also formidable on defense, combining for 86 total tackles, nine going for losses. Joey Schramm was the leading quarterback sacker with 4.5. Rylan Hansen had a team-high three fumble recoveries, while Smith had four interceptions including a pick-six. Matthew Beisswenger had 57 of his 68 kickoffs go for touchbacks. The pieces are there for 2021 for the Wheelers.