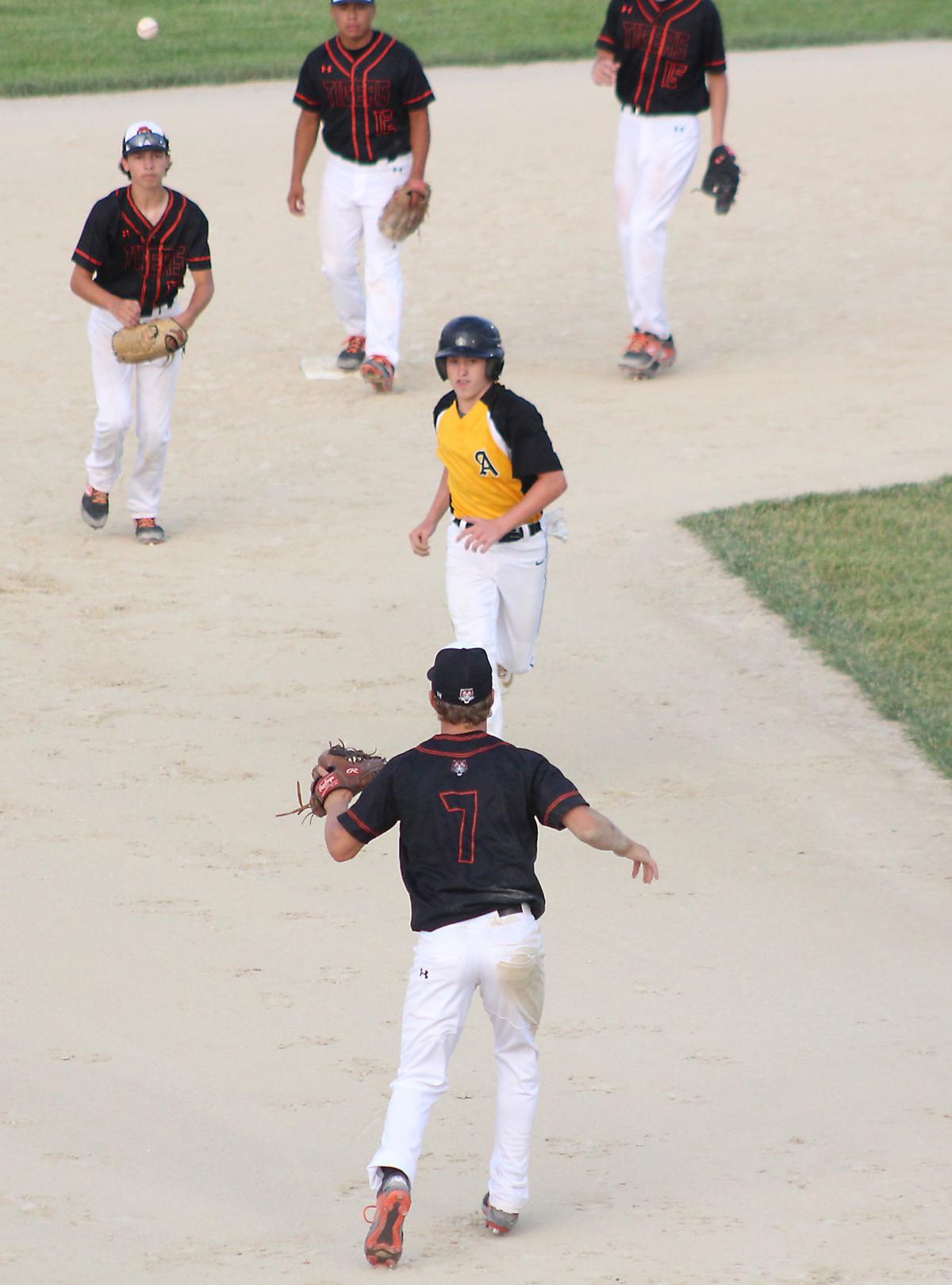 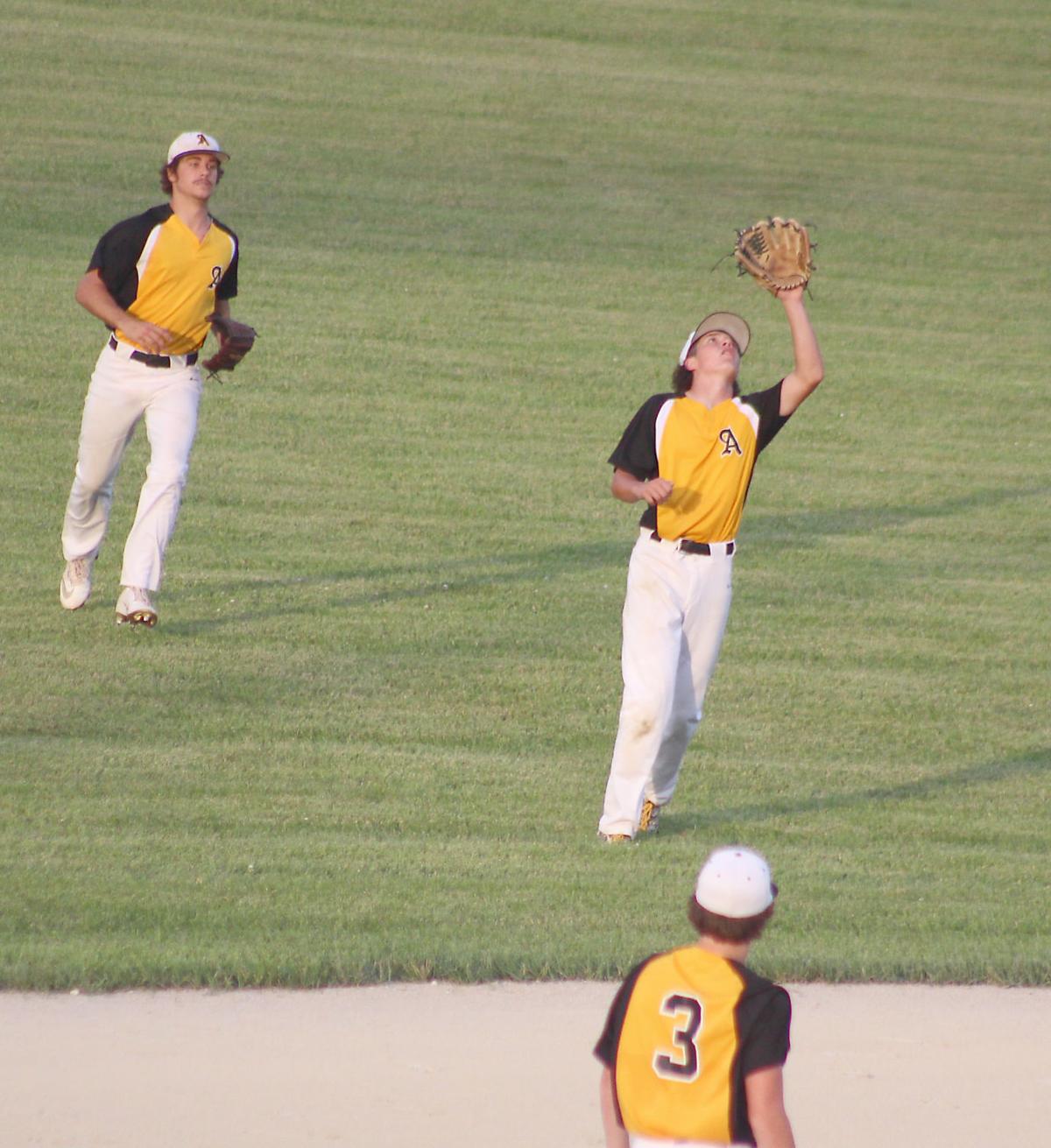 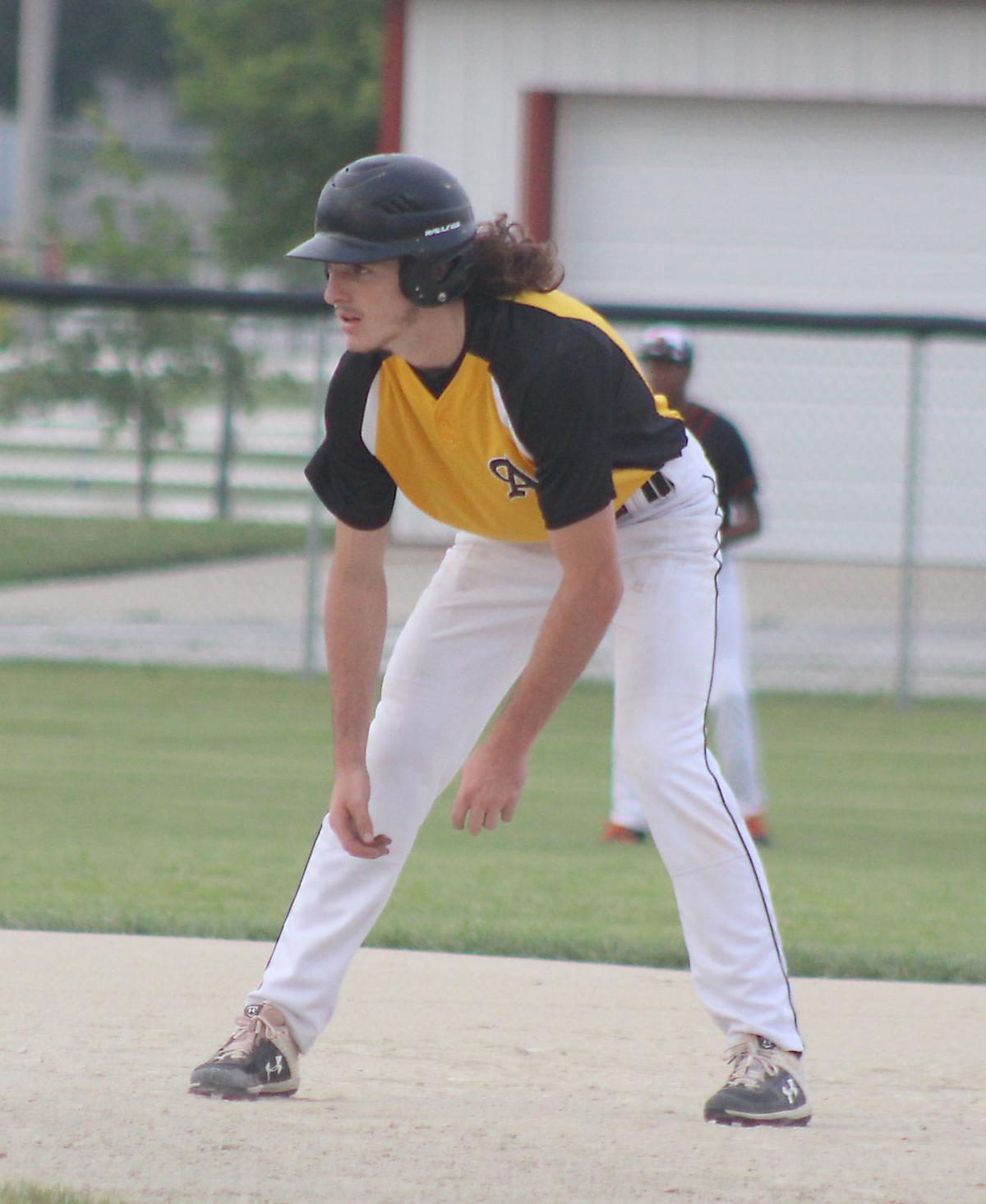 Atlantic’s Colin Mullenix keeps an eye on the pitcher and the plate during Tuesday’s Hawkeye Ten Conference game vs. Red Oak. 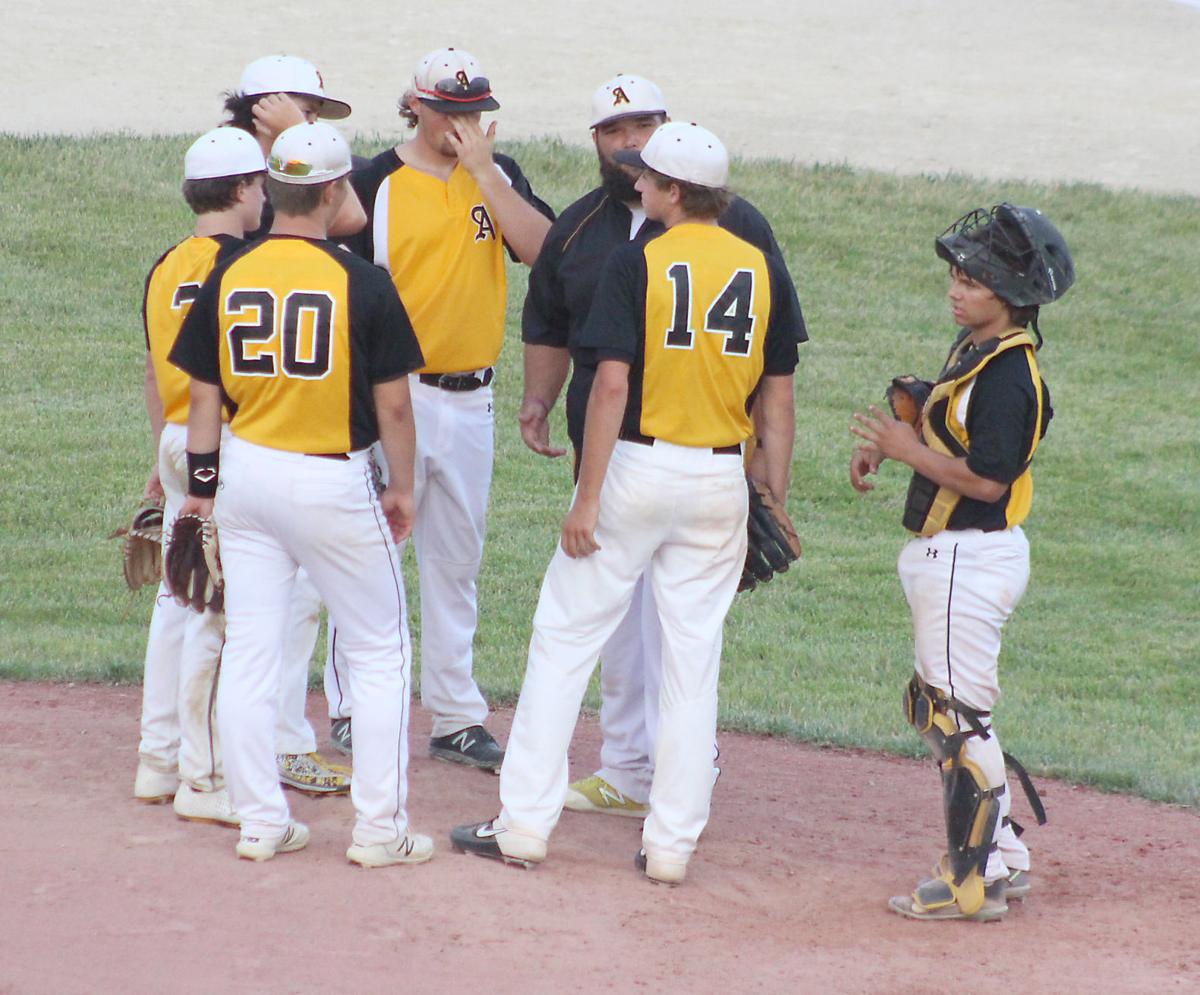 Atlantic’s Colin Mullenix keeps an eye on the pitcher and the plate during Tuesday’s Hawkeye Ten Conference game vs. Red Oak.

RED OAK – For the second night in a row, a bad inning did in Atlantic.

This time, Red Oak’s five-run fourth inning, in which none of the runs were earned, was enough to give the Tigers the momentum they needed to pick up their season’s first win Tuesday night.

A late charge by the Trojans ended up not being enough as they fell 7-5 to the Tigers.

While not as frustrated as Monday night, when a seven-run second inning – thank multiple errors and walks – proved costly in a loss to Harlan, coach Joe Brummer still pointed at a number of things that led to the loss.

“We had a couple of untimely errors in that inning (the fourth) and they capitalized and really made a difference. That was the game right there,” said Brummer.

The Trojans drew first blood in the top of the fourth when Brody O’Brien’s single to shallow right scored courtesy runner Zane Vance.

The Tigers were ready to respond, and scored all its runs with two out.

The inning opened nicely enough, when starter Dayton Templeton coaxed a ground out to short before a putout at third.

But then two errors opened the floodgates, starting Dawson Bond’s two-run single, an error at second base off a Landon Couse two-run RBI and Garrett Couse’s towering home run to left.

The Tigers put up two more runs in the fifth to seal the outcome, with Bond again doing the damage. Bond ended 3-for-3 and a pair of RBI with a walk.

Yet, the Trojans went down swinging, and tagged Tiger reliever AJ Schmid with three runs, highlighted by Bodie Johnson’s two-run double and a key hit by pinch hitter Garrett McLaren. But a flyout to deep center ended the comeback bid.

The Trojans had runners on every inning against starter Bond, but could not take advantage of four walks and at least two balks even though they had two base runners on in three of his six innings.

“A good late spark by the bats,” said Brummer. “The top of the lineup did a good job getting on. Garrett McLaren came in for us and performed when we needed him. Pretty good job overall coming back and not giving up.”

With two tough losses in a row for the Trojans, Brummer expected to use today’s practice to consider changes. Those changes might be seen as early as Thursday, when they host Creston.

“We’ll do some more re-evaluating and switch some positions and see if we can get some more timely hits,” he said.

Thunderstorms in the morning will give way to partly cloudy skies late. High 84F. Winds WNW at 10 to 15 mph. Chance of rain 80%.