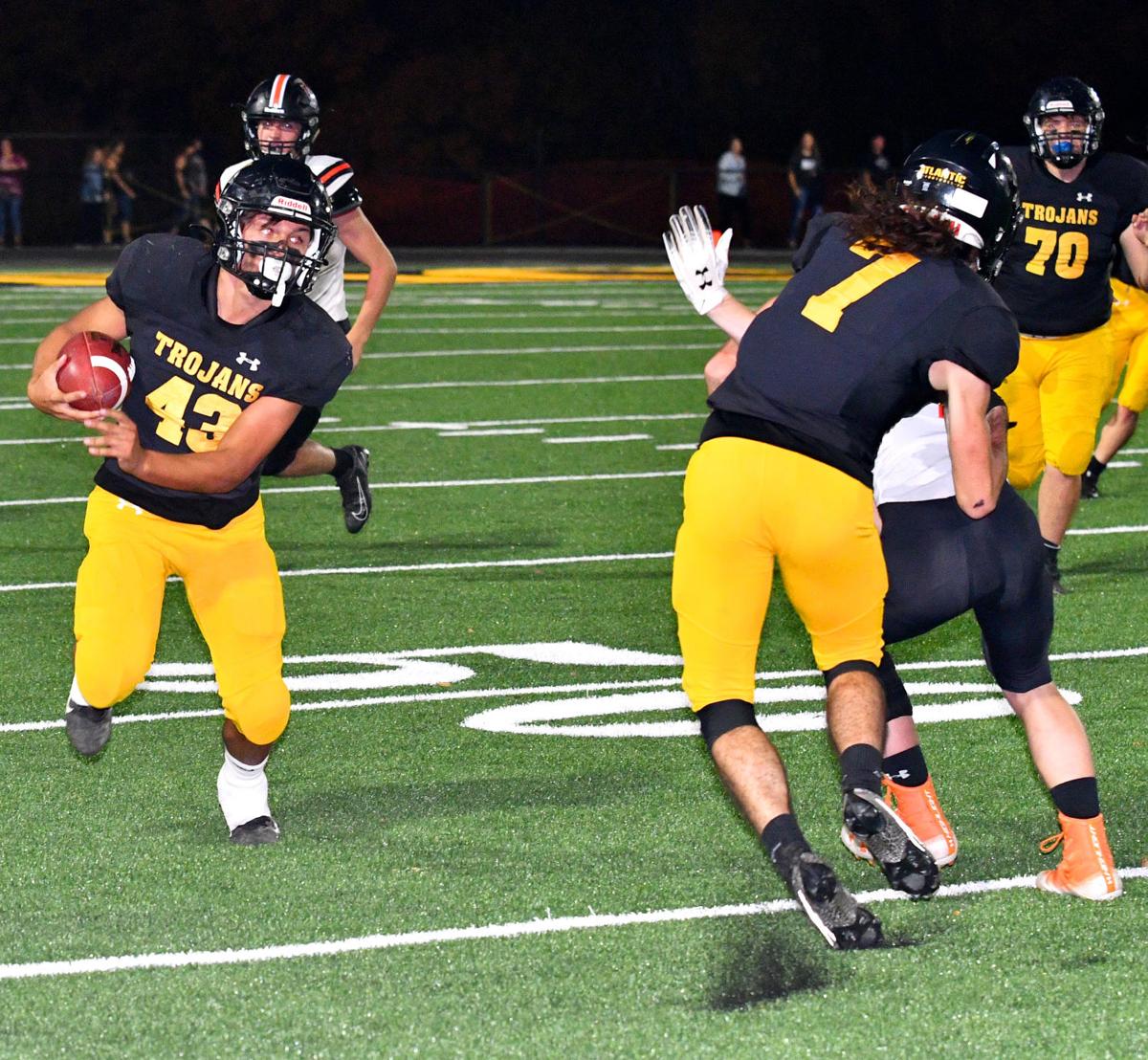 Bodie Johnson head up field off the block of Colin Mullenix (#7). 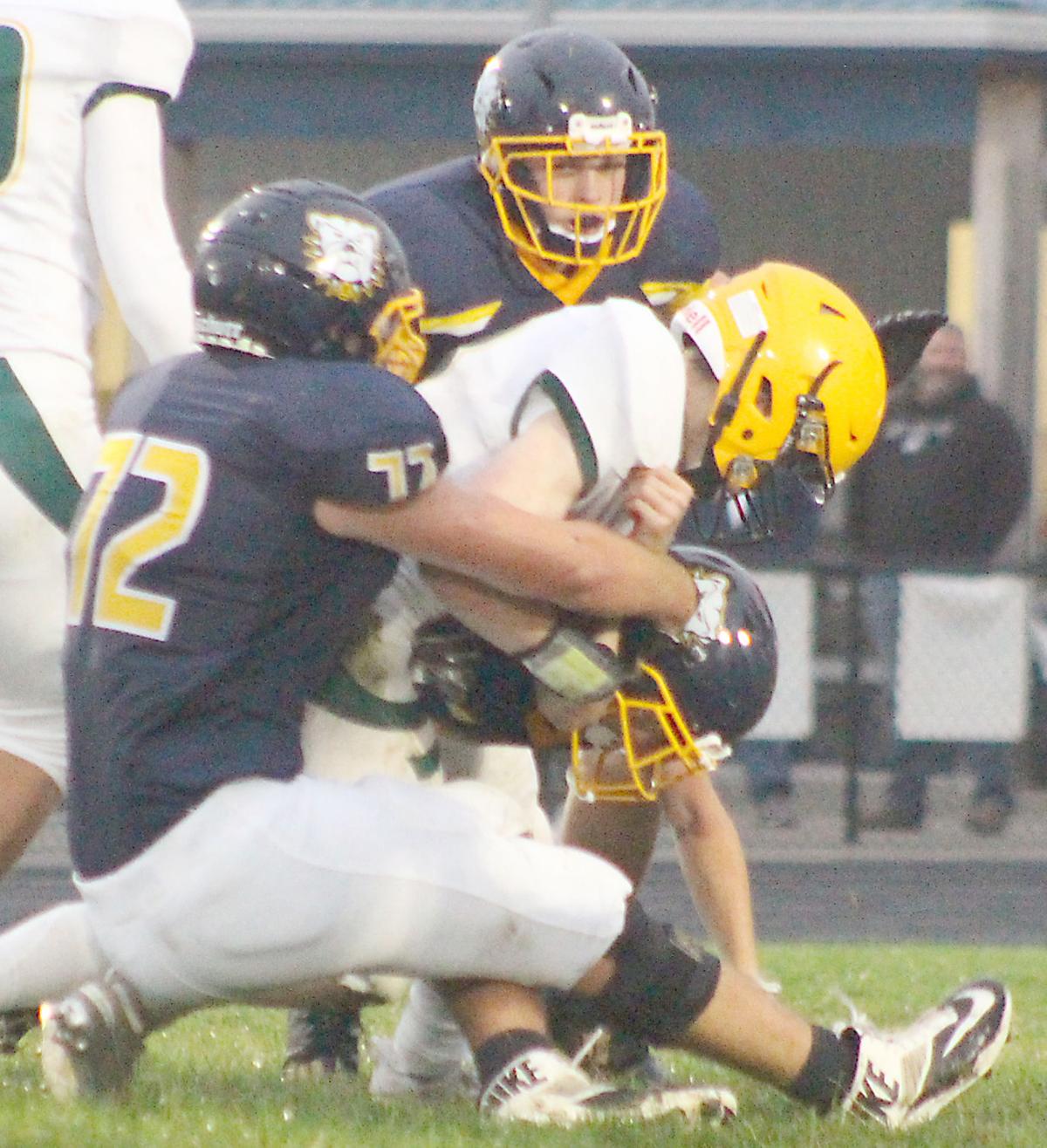 Bodie Johnson head up field off the block of Colin Mullenix (#7).

The third-annual all-News-Telegraph team consists of record-setting players, returning all-staters and individuals who helped their teams advance well into the playoffs during a unique season.

Youth defines several of the key positions, with several juniors setting their teams up for potential trips to the UNI-Dome in Cedar Falls in 2021. On paper, at least three area teams – Audubon, CAM and Riverside – have that potential based on potential returning starters and statistics from the players who will be back.

Each of the eight teams in the News-Telegraph’s coverage area – Atlantic, ACGC, AHSTW, Audubon, CAM, Exira-EHK, Griswold and Riverside – have representation on this honor team. Each player, we think, demonstrated the grit, determination and willingness to be leaders on and off the field and persevere through a COVID-19 impacted season.

In addition to Steele McLaren being named an honorary captain – he showed great determination and courage throughout his career at Atlantic – we’ve named an offensive and defensive captain, both seniors, for the squads.

So without further ado, here’s who have earned their spots on the 2020 all-NT football team:

Offense: Bodie Johnson, sr., Atlantic – One of two strong running threats for the Trojans, had 85 carries for 567 yards and nine touchdowns, including a long of 25. Did a lot of the gruntwork on short gains. Talented two way player who led the linebackers, with a pair of interceptions returned for touchdowns.

Honorary captain: Steele McLaren, Atlantic – The heart and soul of the Trojans this past season. His small size for a lineman was more than made up for with his desire, speed and teamwork.

Gavin Cornelison, jr., ACGC – The Chargers’ continue to build on the back of his 142 carries for 918 rushing yards and 14 touchdowns, including a long of 25.

Brogan Allensworth, sr., Riverside – Had 473 receiving yards on 22 catches, eight of which went for touchdowns with a long of 32 yards.

Colin Mullenix, sr., Atlantic – 567 yards receiving for six TDs, with a long of 52 yards. Passed the 1,000-career-yard receiving mark in Iowa Class 2A District 9 “round of 32” game vs. Des Moines Christian, ending with 1,072. Three-year starter, first-team all-Class 2A District 9.

Joe Kauffman, jr., CAM – Led the Cougars in tackles with 88, including seven for loss and a quarterback sack. Of his four interceptions, returned one for a touchdown.

Grant Sturm, sr., Atlantic – Despite his small size, used his speed and shifty moves to pressure opposing team’s offenses. Recorded six interceptions, among the state’s leaders in all classes; four of them were against Clarinda. Had 22.5 tackles, 21 of them solo.

Zane Vance, sr., Atlantic – Important component of the Trojan defensive backfield with 13 tackles, 10 of them solo, and an interception.

Brendan Atkinson, sr., Atlantic – Ended with a team-high 58.5 tackles, 40 of them solo, 11.5 for loss and five quarterback sacks. A key spark to the defensive success of the Trojans.

Ethan Klocke, sr., Audubon – Recorded a team-high 44.5 tackles, including 31 solo, and 7.5 for loss with two sacks. Had two interceptions, one returned for a touchdown. Like his twin brother, Joel, a talented two-way player who recorded 660 total yards (374 receiving, 286 rushing) and 12 total touchdowns.

Ethan Arp, sr., CAM – As defensive back, recorded 19 solo tackles, including seven for loss and an interception. Part of two-quarterback system with Cougars, with a 19-of-34 for 450 yards and four touchdowns, good for a rating of 167.1.

Sam Olsen, sr., Griswold – A leader on the Tigers’ defensive backfield with 24.5 tackles, 17 of them solo. Two-way player also had 368 yards rushing and three touchdowns.

Joe Weaver, sr., Atlantic – Recorded 25 tackles, 19 of them solo with three for losses, along with two interceptions. Also had two fumble recoveries.