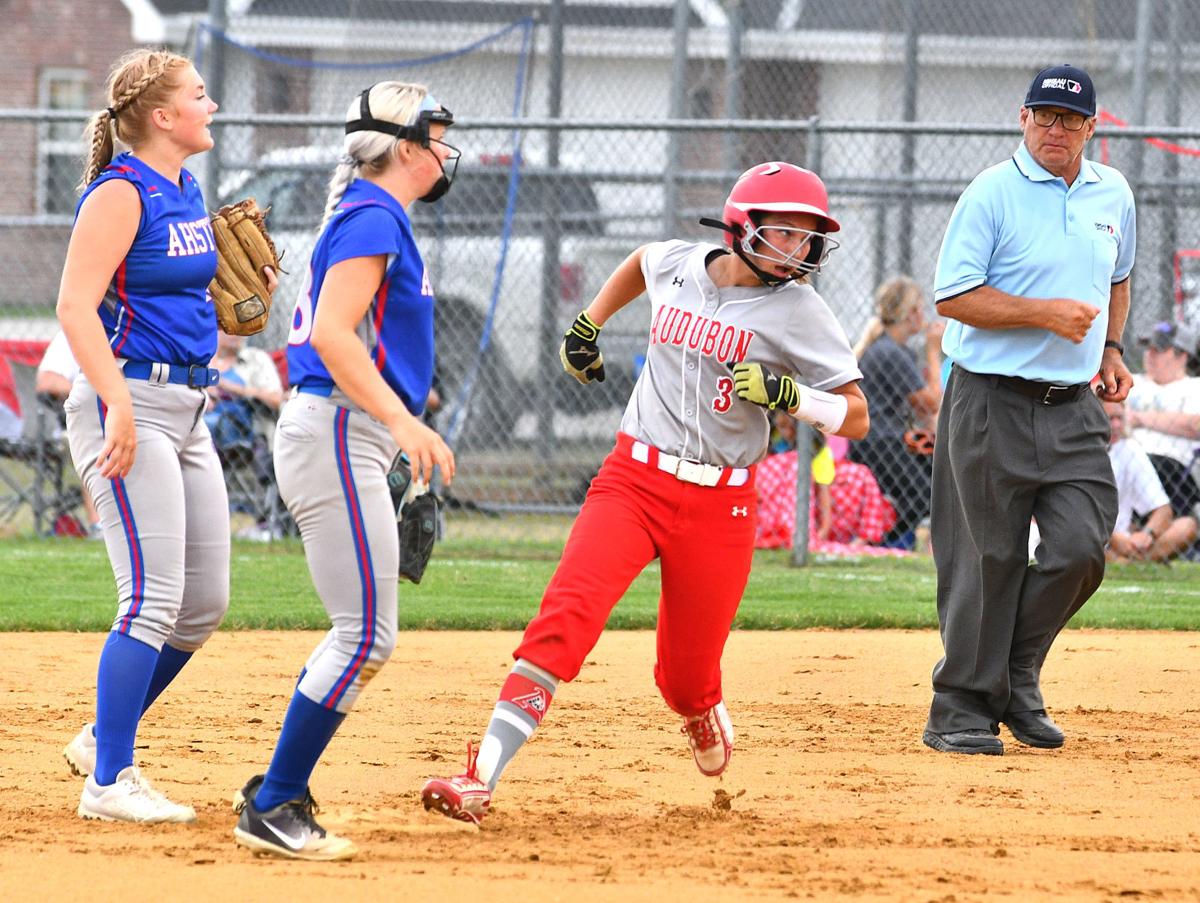 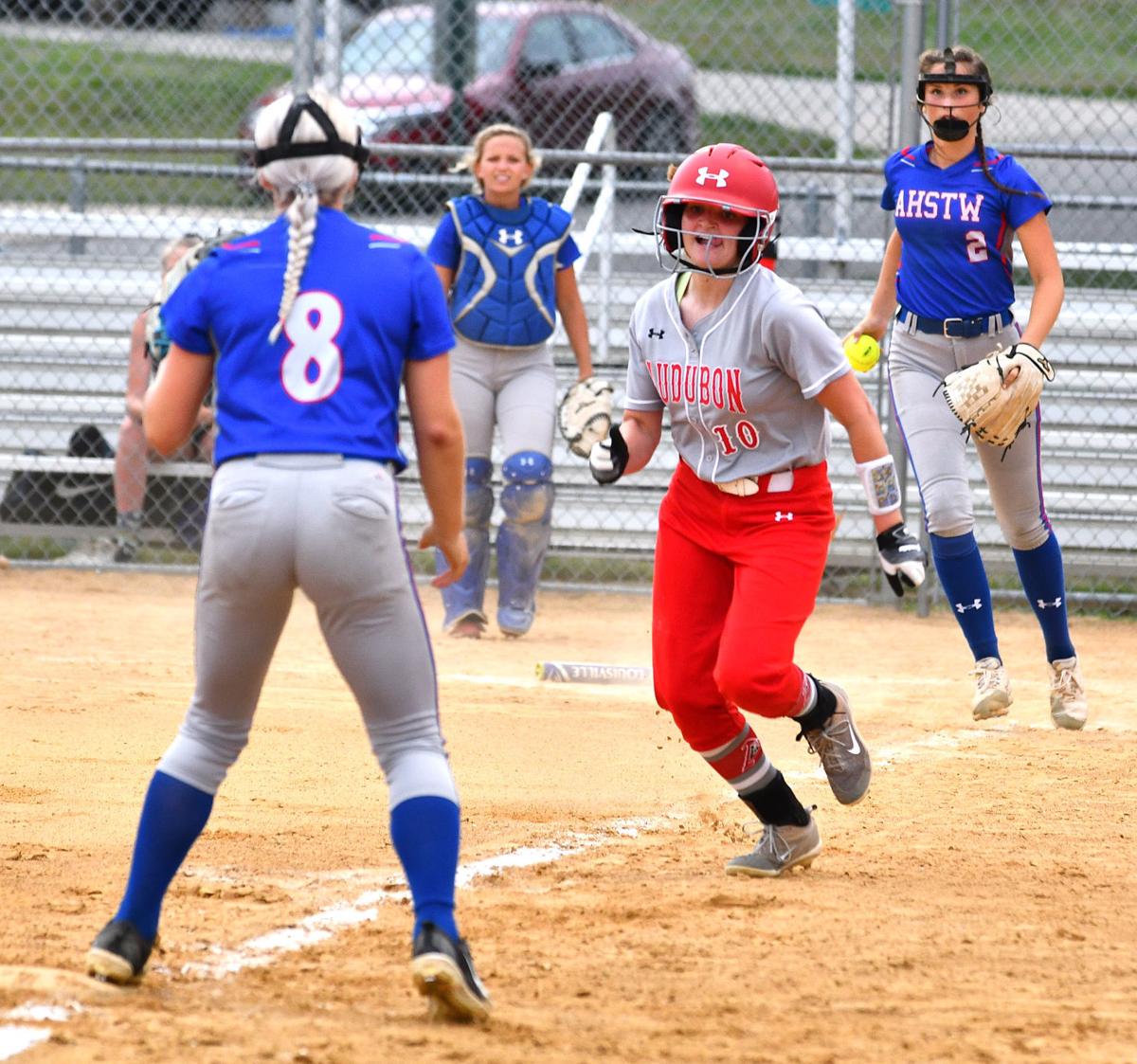 AVOCA — Kali Irlmeier pitched a gem for the Audubon Wheelers Monday night, shutting out the AHSTW Vikings while giving up just four hits and walking just one on her way to a 7-0 win.

And while Irlmeier was dominant — never facing more than five batters in an inning — a large part of her success was due to the solid play of the defense behind her.

Just last week the Wheelers struggled defensively against the 13th ranked Exira-EHK Spartans- eventually losing 9-4. But the team had obviously shook that performance off by Monday night and played a flawless game, committing no errors.

In fact Irlmeier struck out just one batter, the remaining 20 outs came from the field, 15 from plays in the infield.

“Our defense was killing it tonight,” Irlmeier said after the game. “I have to give all the credit to them.”

Of course it helps take some of the pressure off a pitcher if the team can give her a big lead. And that’s just what the Wheelers did, striking early scoring in the first two innings to jump out to a 3-0 lead.

Incoming freshman Jordan Porsch got things rolling with a leadoff single in the first inning, advancing to second on a wild pitch and on to third on a base hit from Leah Subbert. Johanna Sauers would drive in the first run of the game with a slow roller back to the pitcher that Porsch was able to outrun heading home.

The Wheelers would score twice more in the second when junior Katelyn Nielsen drove in Hanna Thygesen and Sydney Beymer.

The remaining runs came in the fourth inning with Porsch, Beymer and Thygesen each scoring their second run of the night with Subbert joining in for a four run inning.

The Wheelers have suffered through an up and down season, playing well one night, only to lose focus the next. But Monday’s night’s game had a different feel to it. The team was playing with confidence and firing on all cylinders against a quality opponent.

It’s now a question of whether they can maintain that level with just six games left in the season.

“We needed this game, we’re back to what we should be playing,” Thygesen said.

Partly to mostly cloudy with a chance of thunderstorms. Storms may contain strong gusty winds. High 87F. Winds NW at 5 to 10 mph. Chance of rain 40%.

Some clouds. A stray shower or thunderstorm is possible. Low 63F. Winds NNW at 5 to 10 mph.