You are the owner of this article.
Edit Article Add New Article
You have permission to edit this article.
Edit
Welcome, Guest
Home
COVID-19
News
Sports
Obituaries
Local Events
Multimedia
Classifieds
Marketplace
+ More
Share This
1 of 2 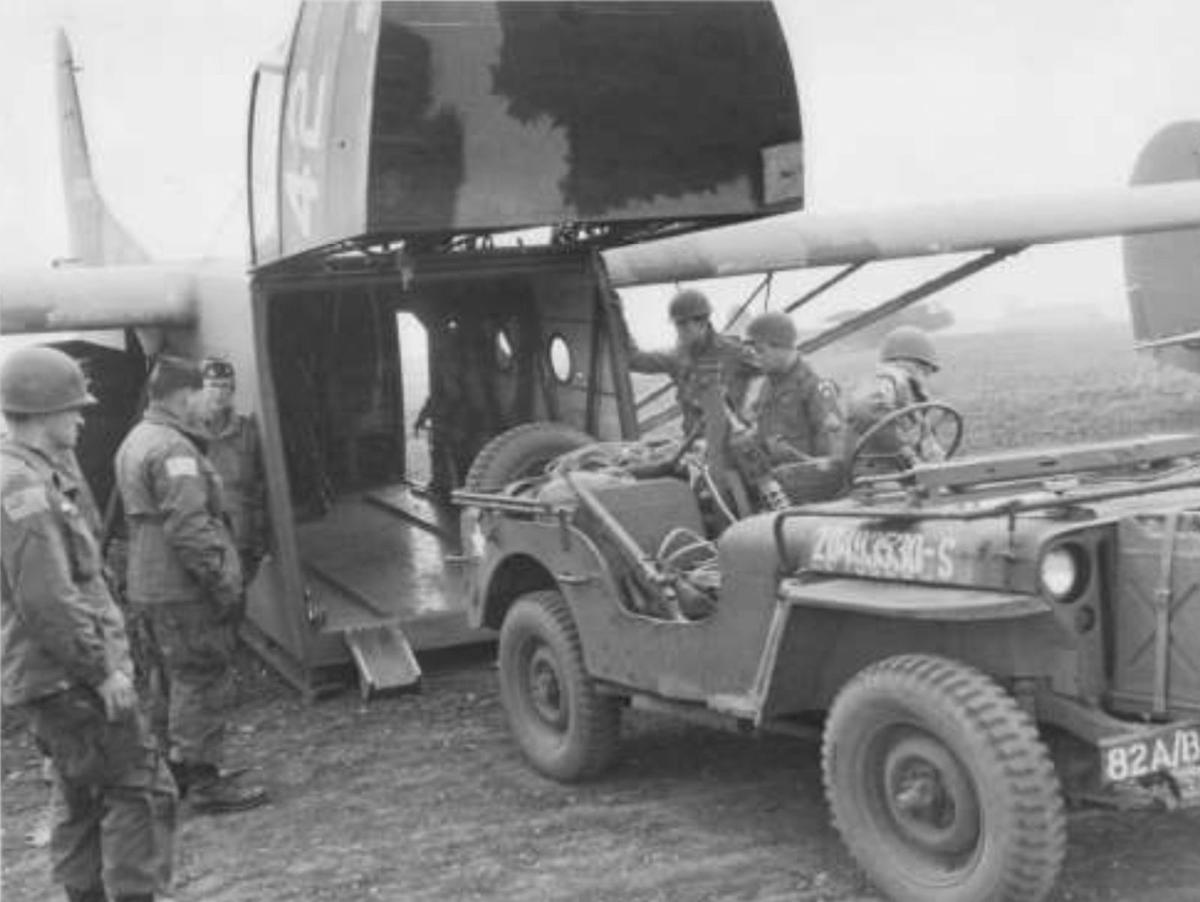 This is an example of loading a jeep into the gliders. As you can see, there is not much room for maneuvering. National Archives photo. 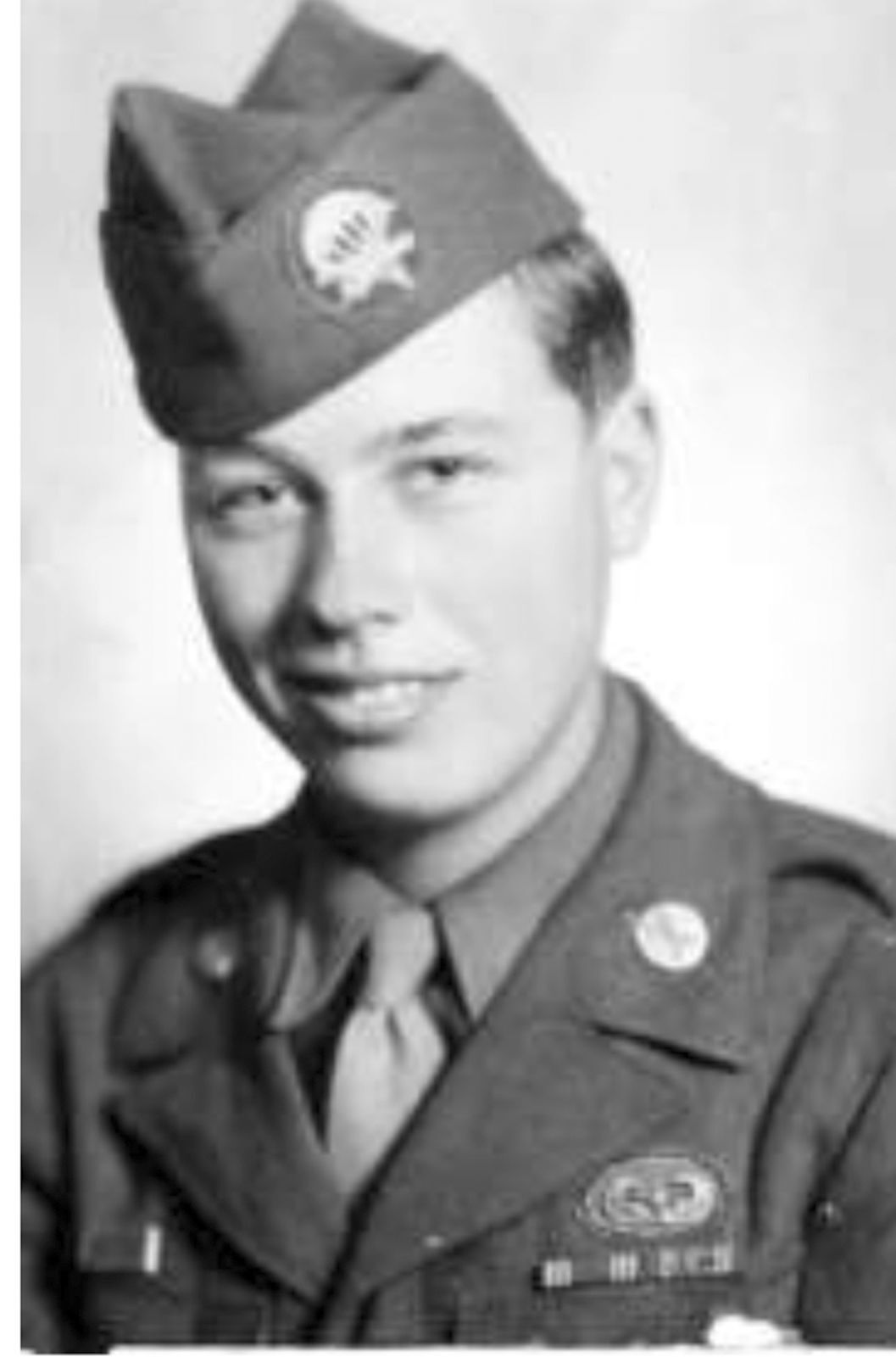 Harold Snyder who is formerly from Atlantic, and now lives in Elk Horn, has the distinction of being the last man alive from the last battle in World War II.

He is the last man alive who was involved in the last battle before the end of World War II.

Snyder enlisted in the military on April 7, 1943, and held the rank of TEC 5 by the time of the invasion of Germany.

“I was shipped out for the European Theater on 20 August 1944,” he said in family history about the battle. “I had been assigned to the 681st Glider Field Artillery Battalion which was an element of the 194th Glider Infantry Combat Team, 17th Airborne Division. Our unit was in three Campaigns: Ardennes, Rhineland and Central Europe. Throughout the war, I had the honor of being the jeep driver for the Commanding Officer of the 681st GFAB, Lieutenant Colonel Joseph Keating.”

In March, he was heading on the mission by way of France to a landing ground area, and once there proceeded to tie down the jeep he would be driving inside a glider with Keating and Major Rex Light.

Other gliders that had taken off started crashing, killing all on board. Snyder wasn’t sure if he was going to be in the same boat as, all of the sudden, the glider he was riding in was quickly heading toward the ground.

“We landed near the edge of the airfield, as far as I could remember I did not untie the jeep or move to another glider,” he said. “I am not sure why we released so suddenly, but I do know it was not because of the jeep coming loose. I did not ask a question as I was there to do a job and everyone out ranked me.”

They joined another group of gliders, and continued with their journey. However, once near the landing ground, the Germans started firing on the gliders. That was the second time that day that Snyder wondered what his fate would be.

“The Germans lowered their antiaircraft artillery to fire directly at the landing gliders rather than the tow planes,” Snyder said in the history. “Many gliders were destroyed as they touched down or as soon as they stopped, and nearly all were hit by small arms fire. When the co-pilot, Flight Officer Lee Whitmire, hit the tow release I thought at that instant we were going to die. The glider went straight down like an arrow. Later, I would find out that this was a tactic to get out of the small arms fire as quick as possible because the glider was only covered by airplane fabric.”

Snyder’s glider was able to make it to the ground, but the enemy kept firing, and the landing was rough.

“We were landing in plowed farmland with furrows, (and) we hit another glider on the ground and went through a fence,” he said. “The soft ground caused the nose of the glider to dig into the ground when we came to a stop. Bullets were still coming through the glider.”

Everyone exited the glider, but Snyder somehow ended up on the wrong side of the glider. That could have been a blessing in disguise, and Snyder noticed the gun fire was coming from a house.

“I could see a house and the Germans were in there firing at me!” he said. “In the house, they had small arms and a machine gun. I got as low as I could without actually burying myself in the ground.”

While still taking gunfire, they attempted to set up their guns. Eventually they got a gun up and “put a few rounds of High Explosive from a 105mm Howitzer.”

That silenced the enemy.

There was not much left for Snyder to do, but wait for help to dig out the glider and get the jeep out of it. But there was still the memory of the number of casualties suffered during the battle.

“This Glider mission resulted in the most one day casualties of any operation,” he said. “If the number of glider pilots killed is telling, there were twice as many glider pilots killed in the Varsity operation than in Normandy or Market, Holland. Our 224th Medical Company alone had the greatest losses. The Germans were actually shooting at the men wearing the red cross as they exited the gliders or were helping wounded soldiers.”

Snyder continued to fight for two more months before the war officially ended in May of 1945. He returned to the U.S. in January of 1946, and was honorably discharged that month.

He spent his later years living in Atlantic at a house at the intersection of 14th and Locust, raising five children, two boys and three girls and appreciates making it out alive to be able to raise his family.

Cloudy early with some clearing expected late. Low near 70F. Winds SE at 5 to 10 mph.

Cloudy early with some clearing expected late. Low near 70F. Winds SE at 5 to 10 mph.

Some clouds in the morning will give way to mainly sunny skies for the afternoon. Hot and humid. High 94F. Winds SSW at 10 to 15 mph.