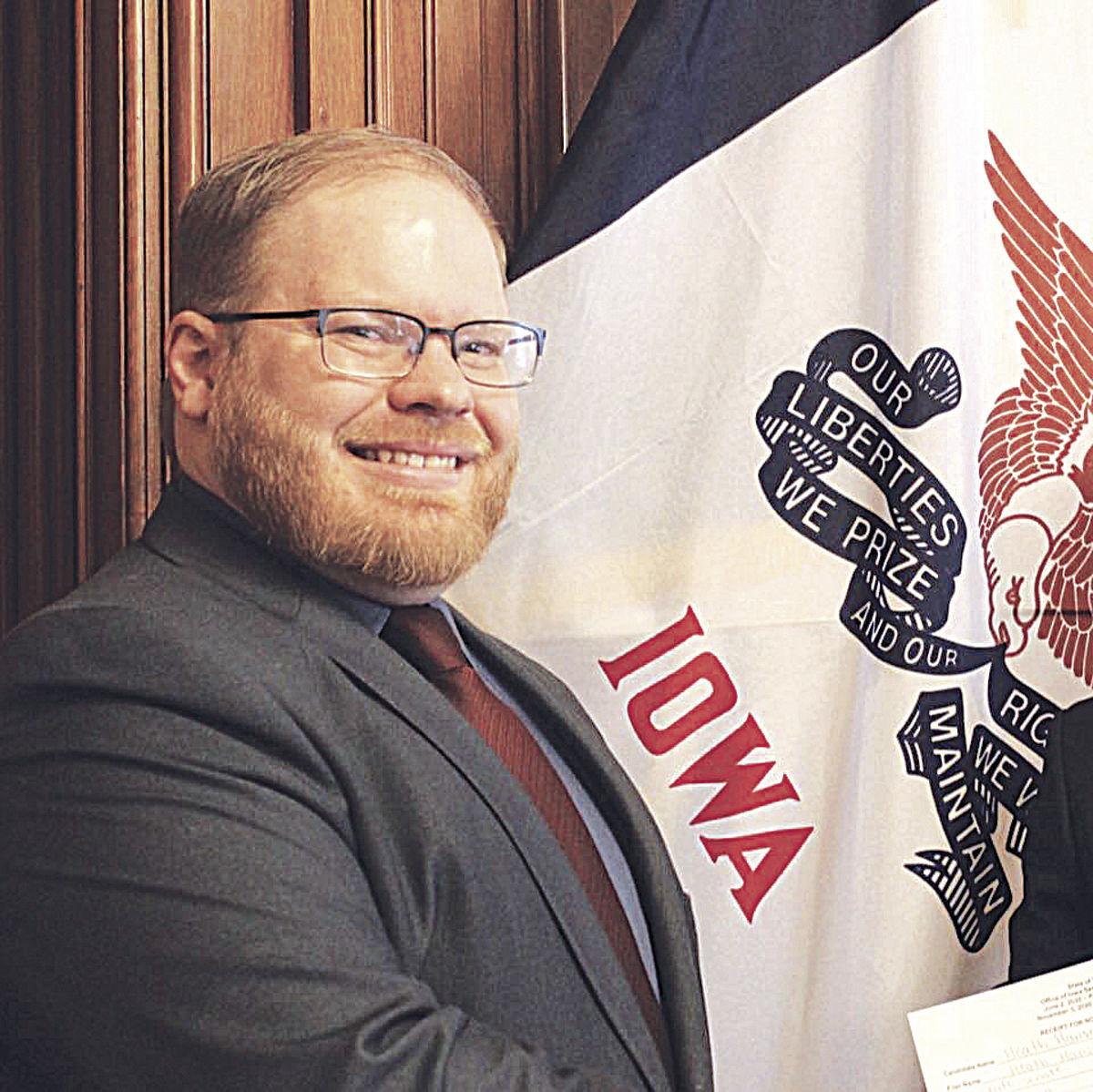 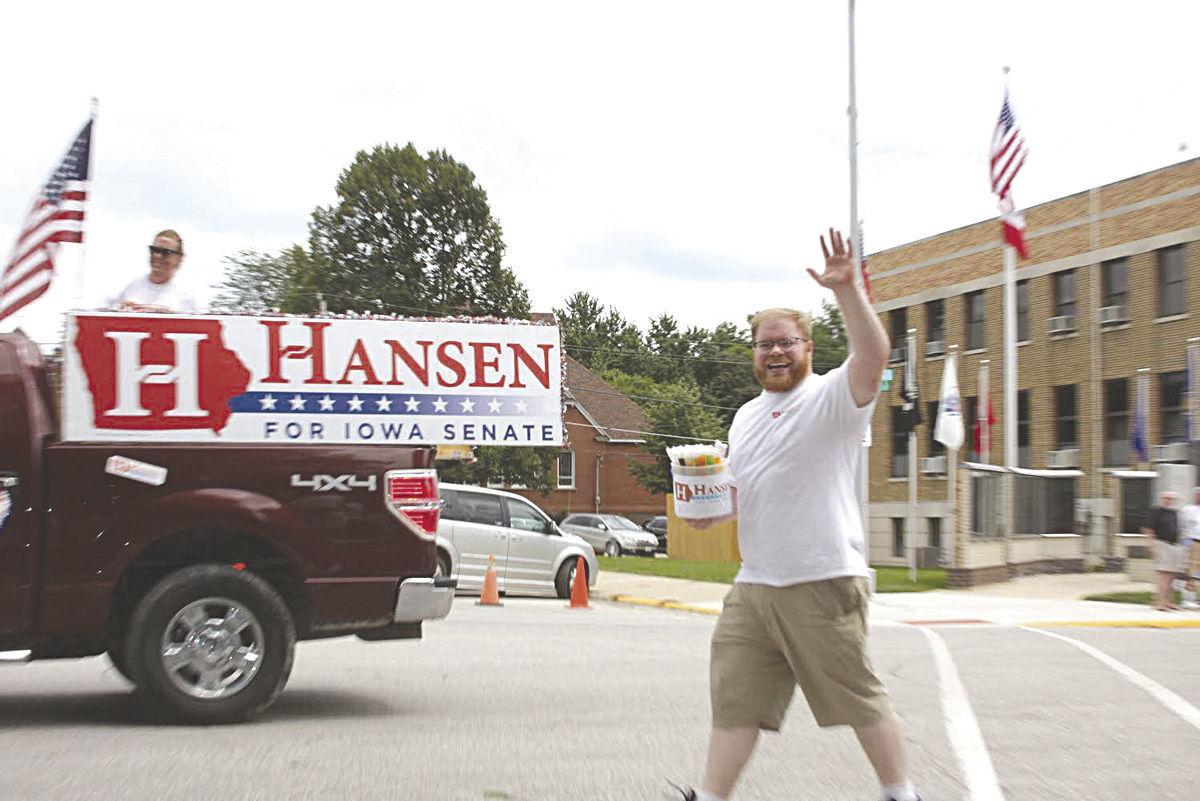 Heath Hansen, walking in a parade in Audubon.

Heath Hansen, walking in a parade in Audubon.

AUDUBON — Heath Hansen, who describes himself as a proud father, husband, pastor and sixth generation Iowan, is running for the Iowa State Senate District 6, was literally on the road when he took a moment out to answer a few questions.

He was on a gravel road, headed to one of his jobs and despite some clouds, rain and hills along the way, talked about why he decided to run, and what his background was. There were some spots where his cell phone cut out, “I thought I had some good one liners in there,” he joked, “But they got missed.”

Hansen lives in Audubon with his wife and children, is the senior pastor at the Audubon Church of Christ, and has been there for for about nine years. He also works in Manning at the Manning House working with troubled young men.

He got the idea to run a while ago, when he was talking with Mark Segebart, who held the seat at the time. “When I talked to Mark Segebert, years ago, he was saying it was going to be his last run, and he was looking for a young conservative who could run for his seat,” Heath said.

Segebart told him he was looking for someone who could listen to people, and was willing to learn, instead of assuming they knew everything. “I’m not part of any establishment, not from the Old Guard, but I am a conservative,” Heath said. He’s currently serving on the Audubon Community School Board, has served on the Republican Central Committee for Audubon County and is the vice president of the Western Iowa Young Republicans. “I’m pro-life, pro-gun and pro-Iowa,” he said, “And I’d love to serve the state of Iowa in the Senate.”

After talking to Segebart, he went home and talked with his wife. “We took a year to think about it, prayed about it and our options, and here we are.”

He said the state had some issues that it was going to be facing like the continued fight for pro-life issues, “That will continue to come up,” he said.

And then there are a lot of things related to the COVID-19 issues around the state and nation, “especially revenue, with the revenue down, we will have to be really smart about things,” he explained, looking for ways to adjust. “When you do that kind of thing, not everyone is going to be happy, but hopefully everyone feels respected,” he said.

He thought the state would have to look at things like how the COVID-19 situation was handled, “There’s always room for criticism at any time of crisis. One thing we will have to do is look at the potential for abuse. The Governor didn’t abuse her power, but we saw the potential for abuse of power — we saw some things that could have been scary, but turned out okay,” he said.

“Abuse of power tends to be preceded by someone saying they weren’t going to use it wrong,” he said, noting he wanted to make sure that Iowans maintained their liberty and their rights. The motto, “Our Liberty Do We Prize and Our Rights We Will Maintain,” is important to him, and along with pro-life and gun issues, will have to be addressed.

He also felt the state would have some housekeeping issues to take care of. “With this session getting messed up,” he said. “there are a lot of things to get finalized.”

“It’s been wonderful getting to travel around the district,” he said, and as he’s traveled around and met different people, he said, “You realize that everyone is just like your neighbor. I love western Iowa, in my opinion it’s the best place to raise a family and the best place to live.”

Sunshine this morning. Scattered thunderstorms developing this afternoon. A few storms may be severe. High 89F. Winds SSE at 5 to 10 mph. Chance of rain 50%.

Scattered showers and thunderstorms. A few storms may be severe. Low around 65F. Winds S at 5 to 10 mph. Chance of rain 50%.

Sunshine along with some cloudy intervals. High around 85F. Winds NNE at 10 to 15 mph.