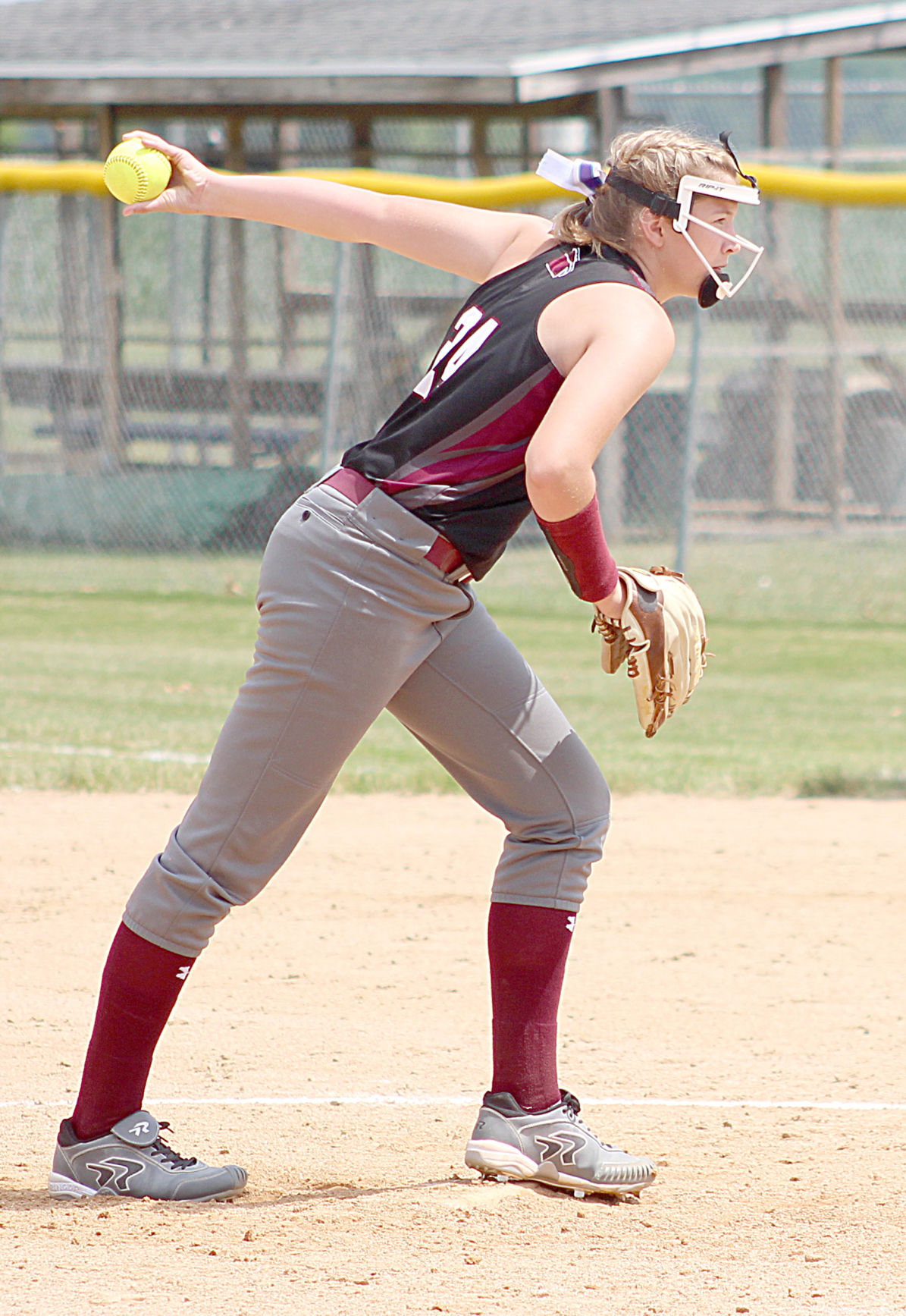 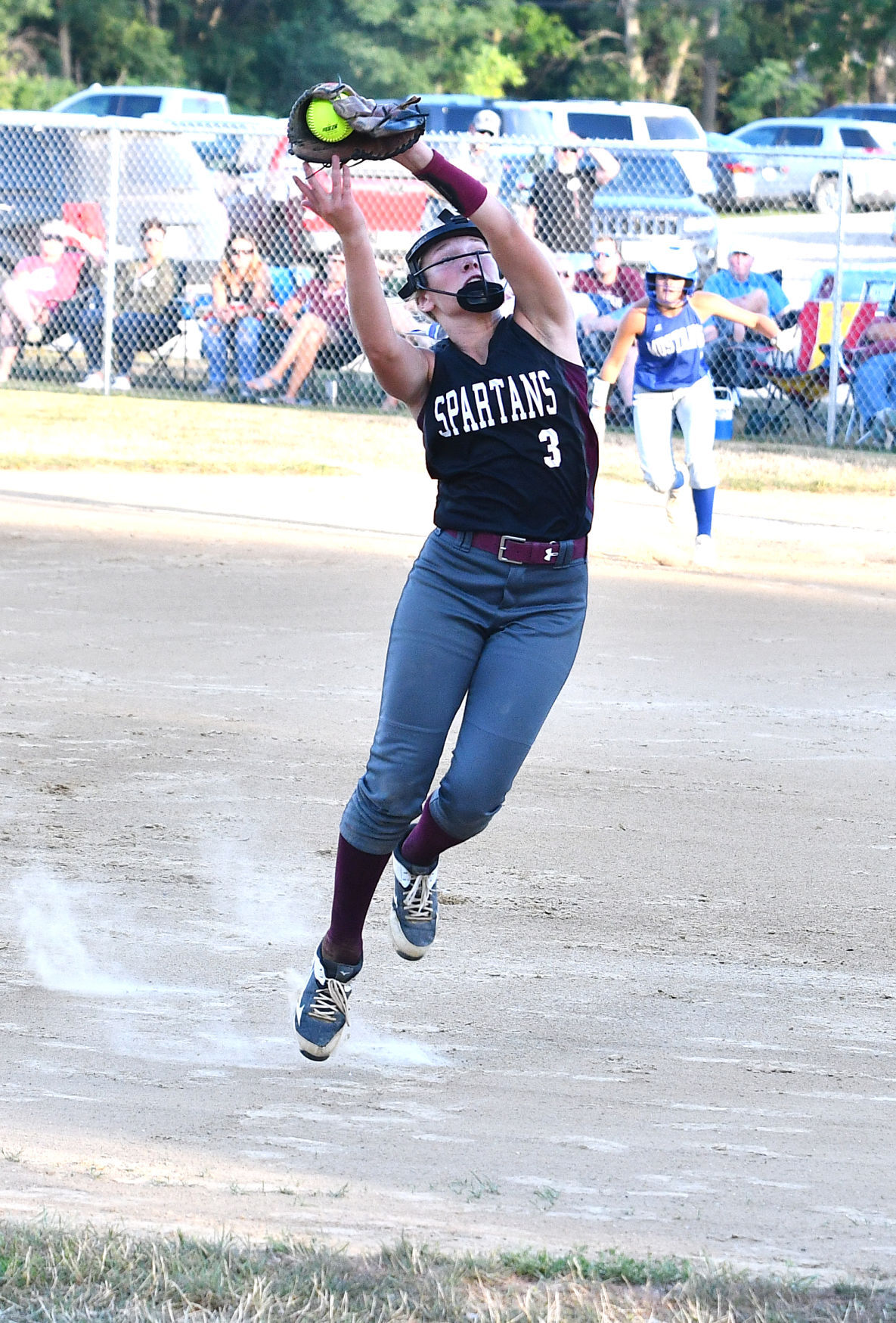 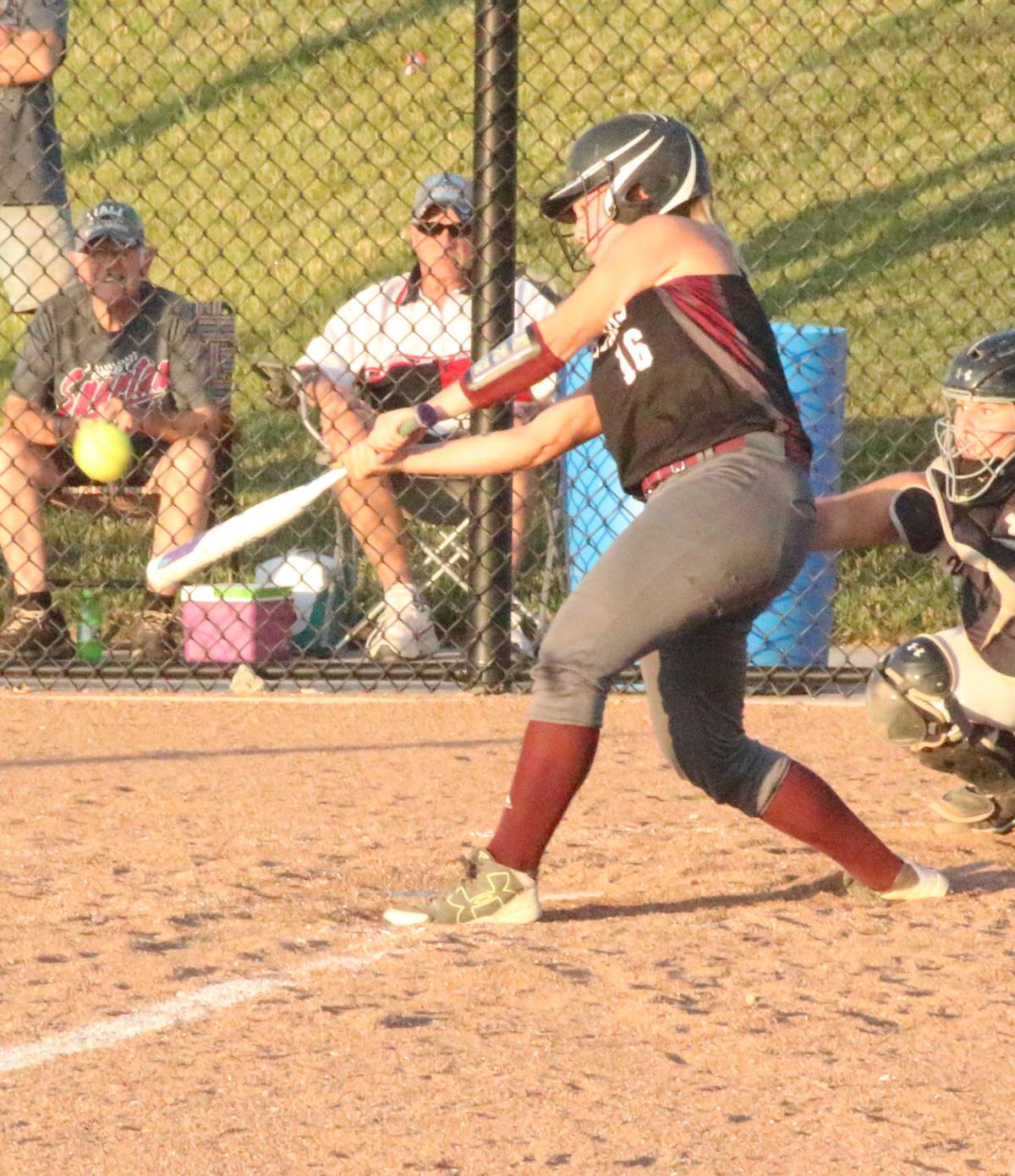 Junior Kami Waymire was one of Exira-EHK’s best hitters this year as she had 32 hits and three home runs throughout the season.

Junior Kami Waymire was one of Exira-EHK’s best hitters this year as she had 32 hits and three home runs throughout the season.

The arm of Macy Emgarten helped lead Exira-EHK to an unbeaten regular season and Rolling Valley Conference championship, and the Spartans to the Iowa Class 1A regional championship game.

Emgarten, one of three first-team selections, compiled a 15-1 record on the year with a 1.31 ERA. Joining her on the first team were Shay Burmeister and Kami Waymire.

A trio from CAM also made the RVC’s first team, which was announced Wednesday: infielder Grace Kauffmann, outfielder Allison Spieker and utility player Marissa Spieker. The Cougars finished fourth in the league with a 12-7 record and appears poised to move up in the standings.

On the second team Exira-EHK had outfielder Alisa Partridge and utility player Quinn Grubbs. CAM had Helen Riker at pitcher and Maddie Holtz in the infield.

Some clouds in the morning will give way to mainly sunny skies for the afternoon. Hot and humid. High 94F. Winds SSW at 10 to 15 mph.