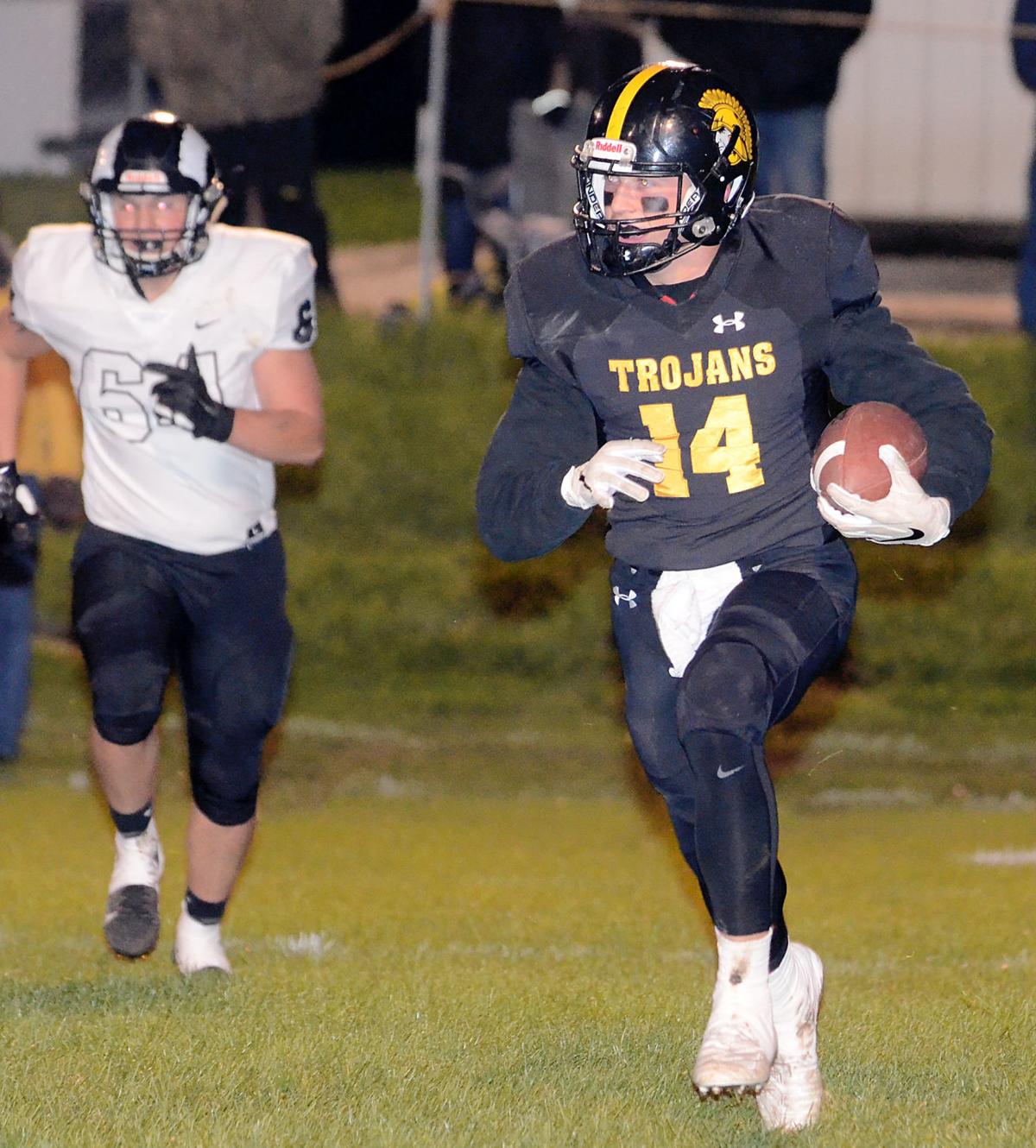 Tyler Moen was the elite running back in Iowa Class 2A District 9, in honors announced earlier Friday. 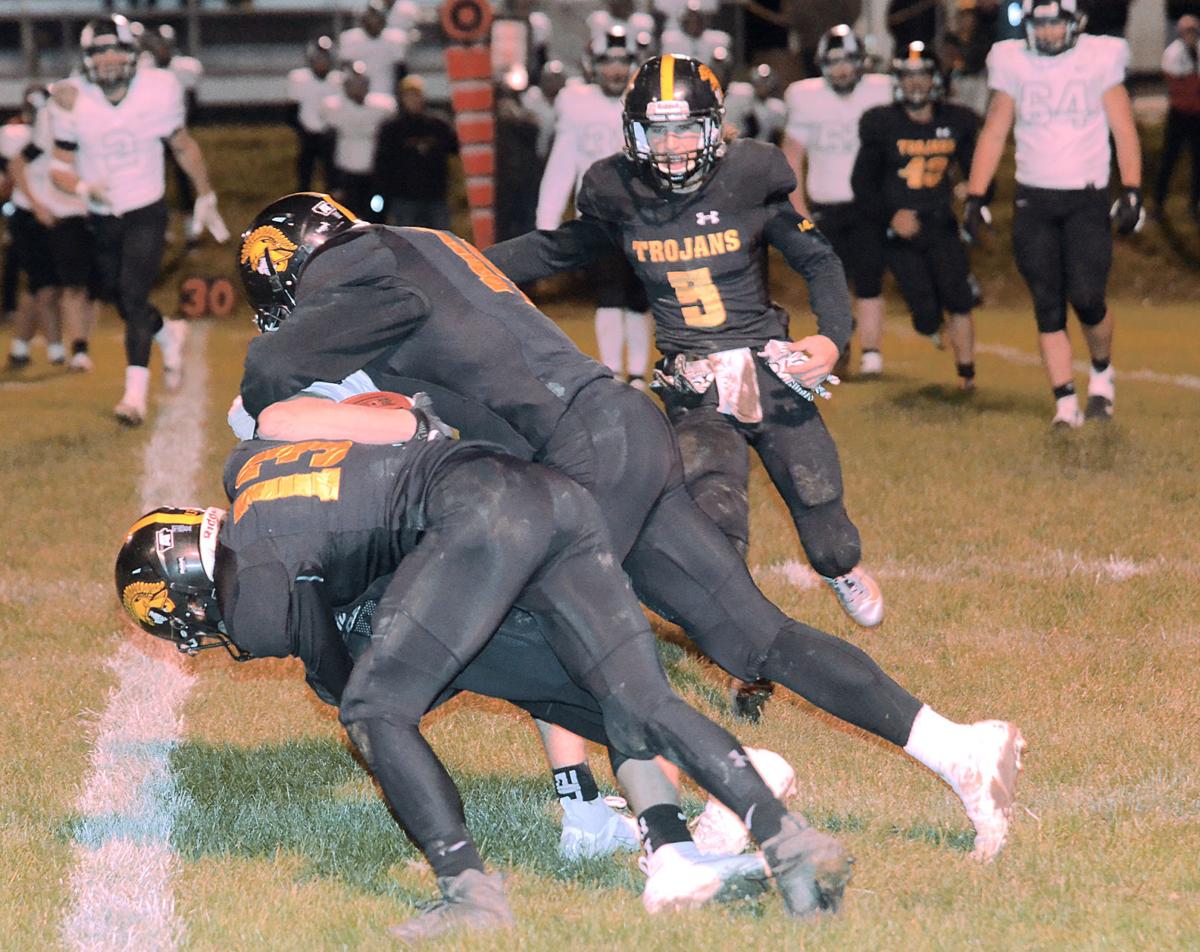 Tyler Moen was the elite running back in Iowa Class 2A District 9, in honors announced earlier Friday.

ATLANTIC — Friday’s home finale will be special in more ways than one for the Atlantic football team.

Not only is it the regular season home finale, when nine seniors will be honored, but it’ll be the final game in the “old” Trojan Bowl. And after the game, this year’s team will join past Trojan football players — the greats of the past, the ones who played for the love of the game and all others who made their mark on the program — for a special photo on the field.

During the off-season, the Trojan Bowl will be undergoing a multi-million-dollar renovation that will include artificial turf and much more. The new field will be ready in time for the 2020 season.

“Big renovation coming up, and a lot of people on hand. It’s just a special time, especially for our guys playing,” said coach Mike McDermott.

And it’ll be a special time for the nine seniors who left their mark on the program, and all are expected to contribute in some way when Shenandoah comes to call.

Tyler Moen, Nile Petersen, Cale Roller, Brandon Thompson, Zach Hart, Sage Archibald, Cayman Musnzey, Brenden Casey and Brody O’Brien all will be on hand for Friday’s game against the Mustangs for the Class 2A District 9 contest.

Nothing on the line except pride and defending the hometown turf is on the line for the Trojans, who like the Mustangs are 2-5, 1-2 District 9. Atlantic took a 28-7 victory a year ago when the Mustangs went winless, but earlier this year they broke a 12-game losing streak and are coming off a solid 42-0 victory over winless Red Oak.

Quarterback Kyle Cerven has 1,357 total yards to his credit as a dual-threater. His 11 touchdowns through the air have been spread around to six different players, including three each to Anthony Stogdill (370 yards receiving) and Blake Herold (123 yards). Cerven has four rushing TDs, and gets most of his support from Morgan Cotten (422 yards, three TDs), while Connor Birt has added three rushing scores.

“They’ve got a good quarterback who can run and throw the ball,” said McDermott, referring to Cerven. “He’s done a lot of good things and they’ve certainly improved over the season. So they’ll be coming in here looking for a win.

“That dual threat at quarterback, he can throw the ball down the field and he can run it,” he continued. “We’ve struggled with quarterbacks being able to do that to us this year.”

Cerven also leads the defense, with 42 total tackles, 25 of them solo. Ty Rogers has four quarterback sacks, while Devin Morelock has five takeaways, three of them interceptions and the other two fumble recoveries.

After being held scoreless against a stout Greene County defense last week, McDermott said that some tweaks may be seen this week.

Moen’s senior-year total as halfback is at 1,268 yards, including 1,066 rushing, 80 passing and the rest receiving. He’s also taken some snaps lately as the Trojans have tried a few wildcat plays.

Either way, a big game is needed out of him to give the Trojans a chance, said McDermott.

“Tyler’s our guy and everything starts through him on the ground and play action off of his stuff,” he said.

On the line, McDermott expects things to be evenly matched. The Mustangs have some size, but the Trojans also have some nice size but in different positions. It could be a matchup of larger guards for Shenandoah vs. Atlantic’s larger tackles.

“Matchup on the lines is pretty even and the same with the secondary,” he said. “Our receivers seem to be doing a good job of catching in space and those are the matchups that we need to try to take a look at and take advantage of.”