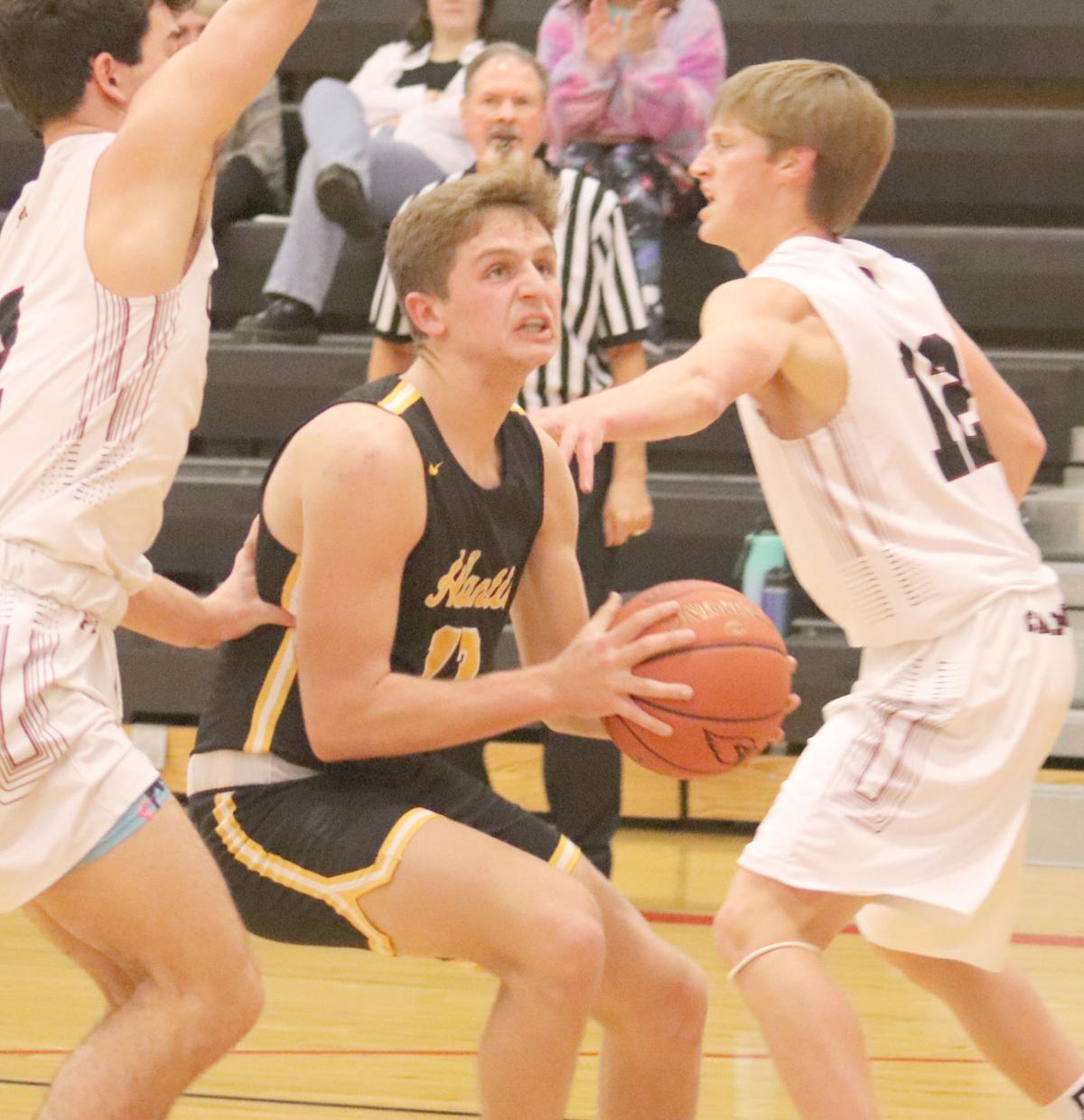 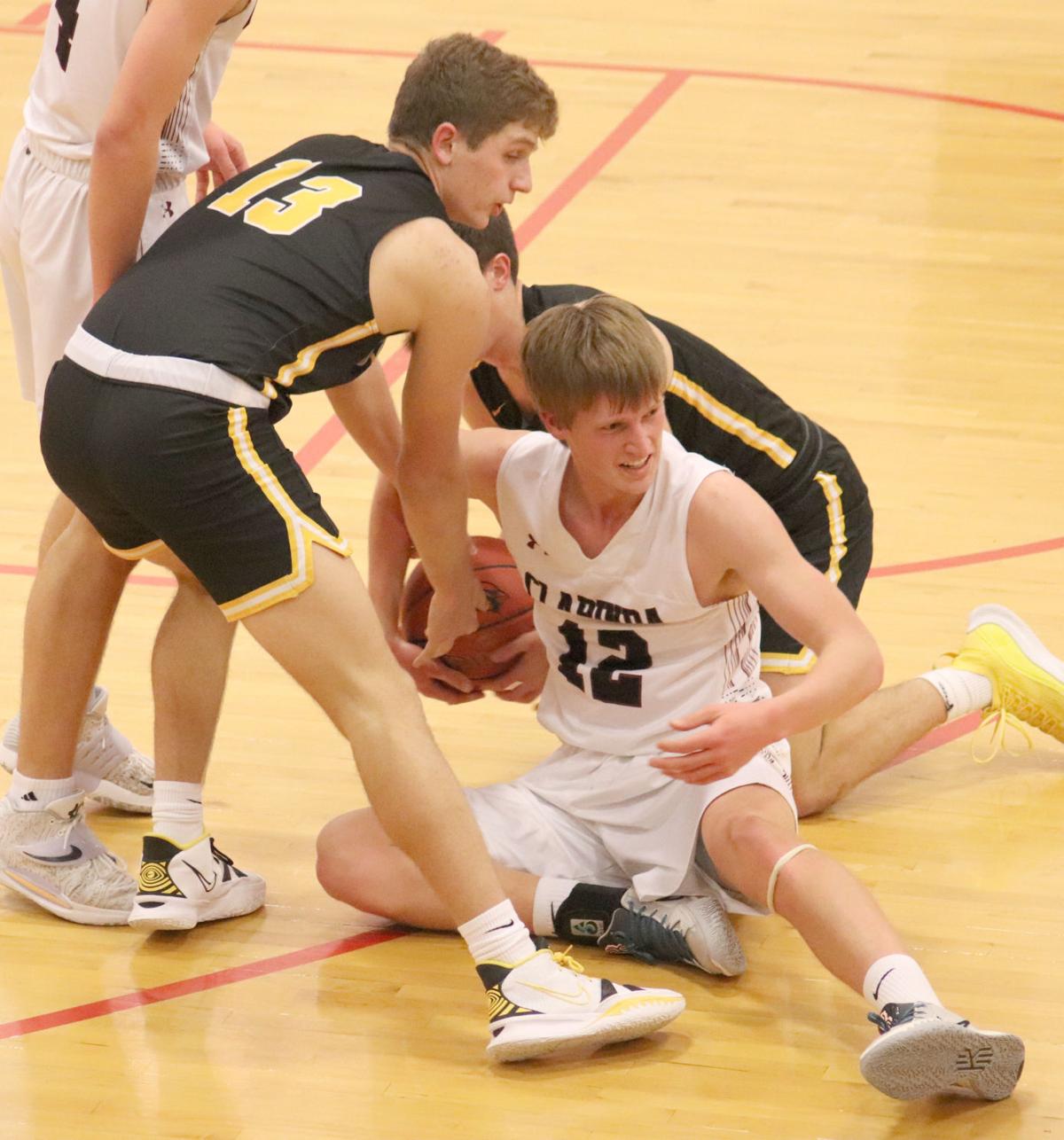 Atlantic’s Dayton Templeton (13) and Clarinda’s Cooper Neal check the results of a held ball during the first half of the Trojans-Cardinals Hawkeye Ten Conference game Tuesday, Jan. 11, at Clarinda. 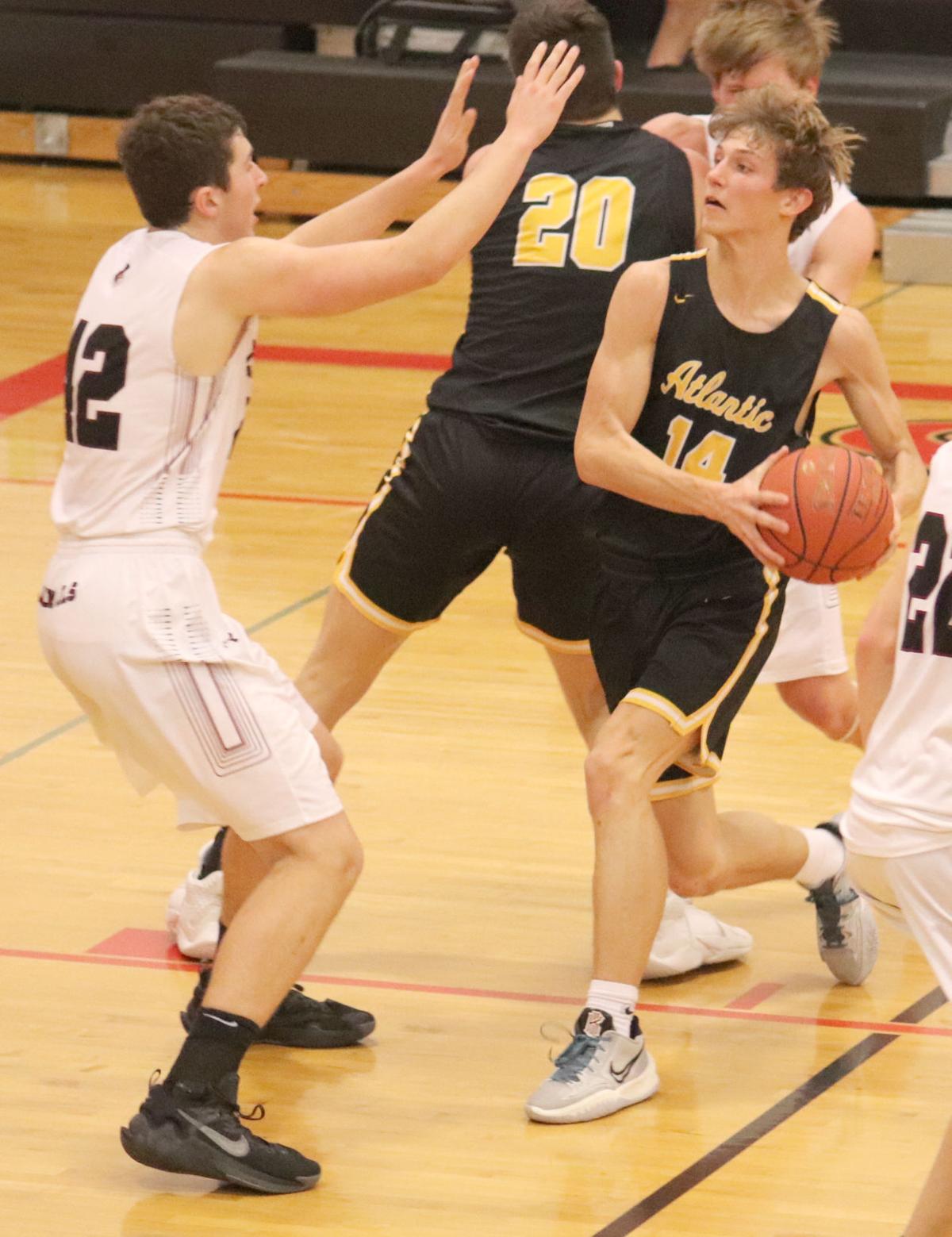 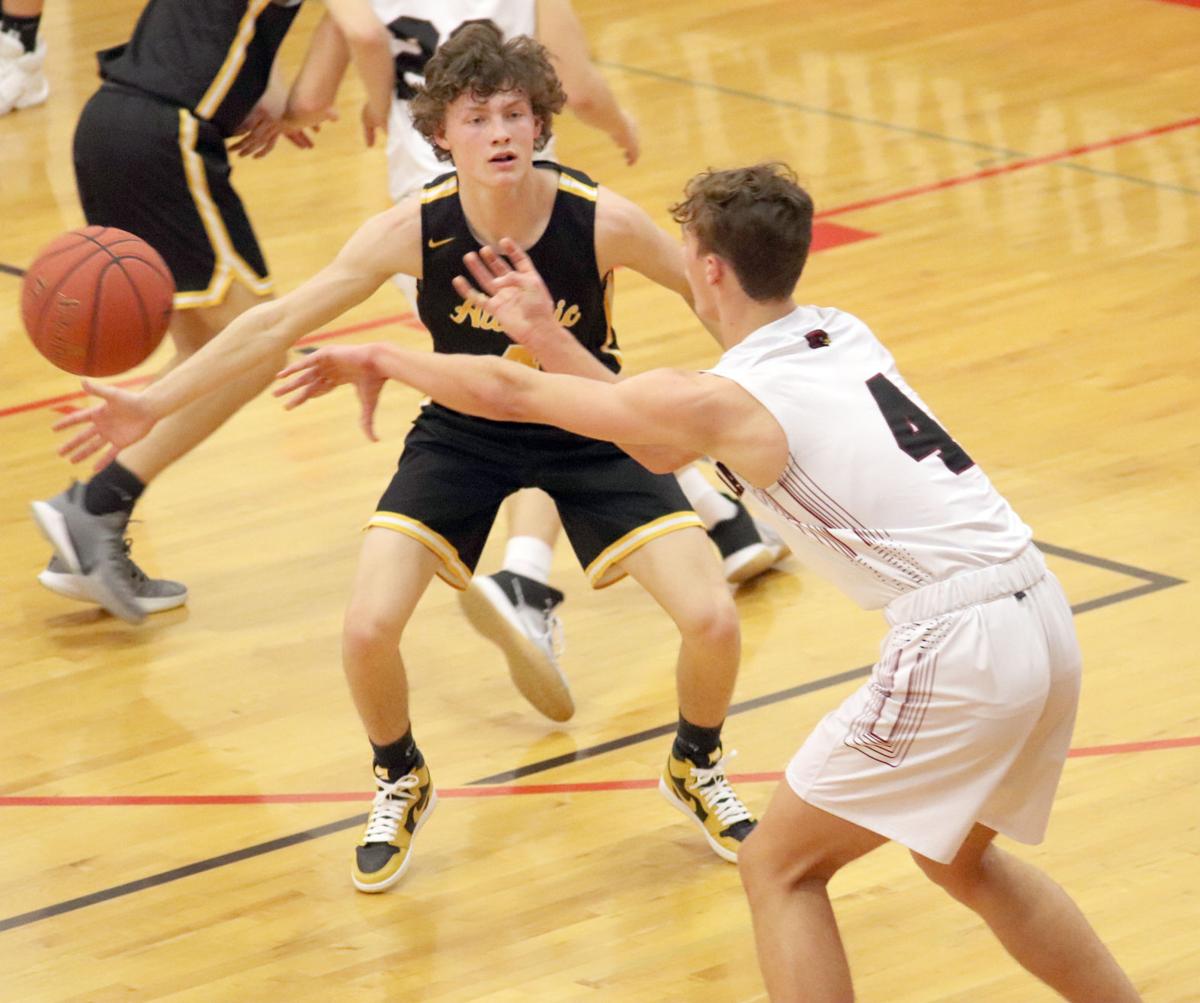 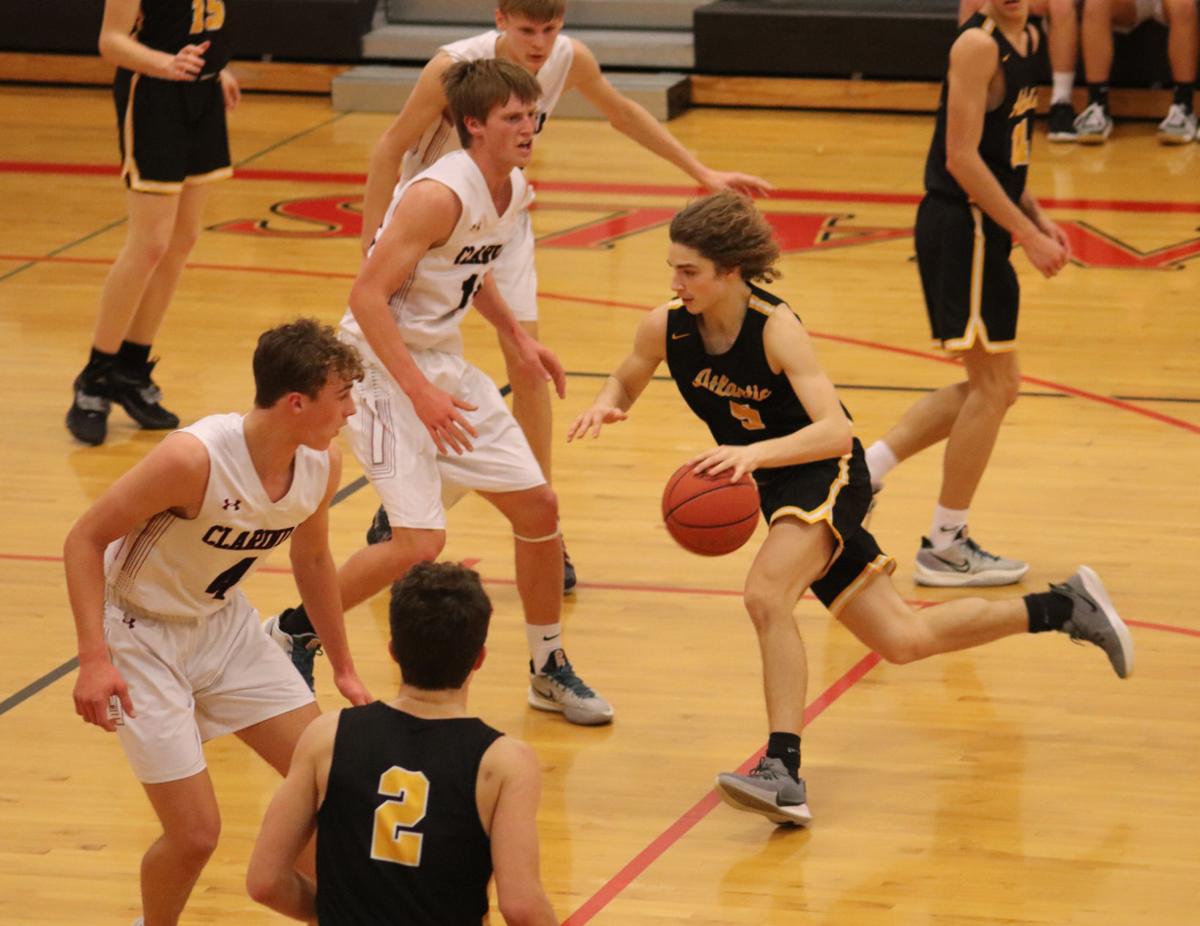 Atlantic's Caden Andersen drives to the inside for a late layup attempt in the first half of the Trojans' game vs. Clarinda Tuesday, Jan. 11, at Clarinda.

Atlantic’s Dayton Templeton (13) and Clarinda’s Cooper Neal check the results of a held ball during the first half of the Trojans-Cardinals Hawkeye Ten Conference game Tuesday, Jan. 11, at Clarinda.

Atlantic's Caden Andersen drives to the inside for a late layup attempt in the first half of the Trojans' game vs. Clarinda Tuesday, Jan. 11, at Clarinda.

CLARINDA – For every late rally, there’s a slow start.

And for what seems to be a broken record for Atlantic, it’s another case of a slow start negating a chance to win the game without the need for a late rally.

After trailing by as much as 15 early in the second quarter, the Trojans pulled to within six at halftime at 27-21, and then got to as close as two late in the fourth quarter before a game-tying three-point shot at the buzzer was off the mark in a 45-42 road loss to the Cardinals.

The outcome was similar to Atlantic’s home loss in December to the Cardinals, where the Trojans trailed in the second half and saw a late comeback fall just short.

“We talked pre-game we always want to be the aggressor and play with a sense of urgency, and tonight we didn’t,” said a frustrated coach Derek Hall after the game. “That’s all this loss comes down to, having that sense of urgency ... coming out and hitting them in the mouth first. We dug ourselves too big a hole.”

Atlantic never could get over the hump in the second half, but again, a big rally gave them a chance.

After back-to-back held balls, the second of which pointed the possession to Atlantic, Dayton Templeton connected on a loose-ball assist from Ethan Sturm to make it 42-38 with 3:22 left.

Sturm countered Clarinda’s pair of free throws to make it 44-40, and Colton Rasmussen put one in from a Sturm assist to make it a two-point game at 44-42.

Those would be the last points of the game aside from the Cardinals’ front-end of a one-and-one. Templeton’s three-point attempt, taken just ahead of the buzzer, went to the left of the rim and that was the game.

The Trojans were 9-for-26 in the paint the first half, but Hall said that there were a few instances of trying to shoot over two players instead of making an extra pass.

Michael Hotze had some quality minutes off the bench in the second half, scoring six points, and Hall thinks he’ll see more playing time in future games. Jackson McLaren had nine points, a team high.

The Trojans (3-8, 2-5 Hawkeye Ten Conference) will return to action Friday against Harlan.