At left, Sara Slater, Audubon County’s business and tourism coordinator, is working on a brochure that identifies the sites and history of the county’s old one-room school houses with Laurie Gilbert. Photo taken June 17, 2021. 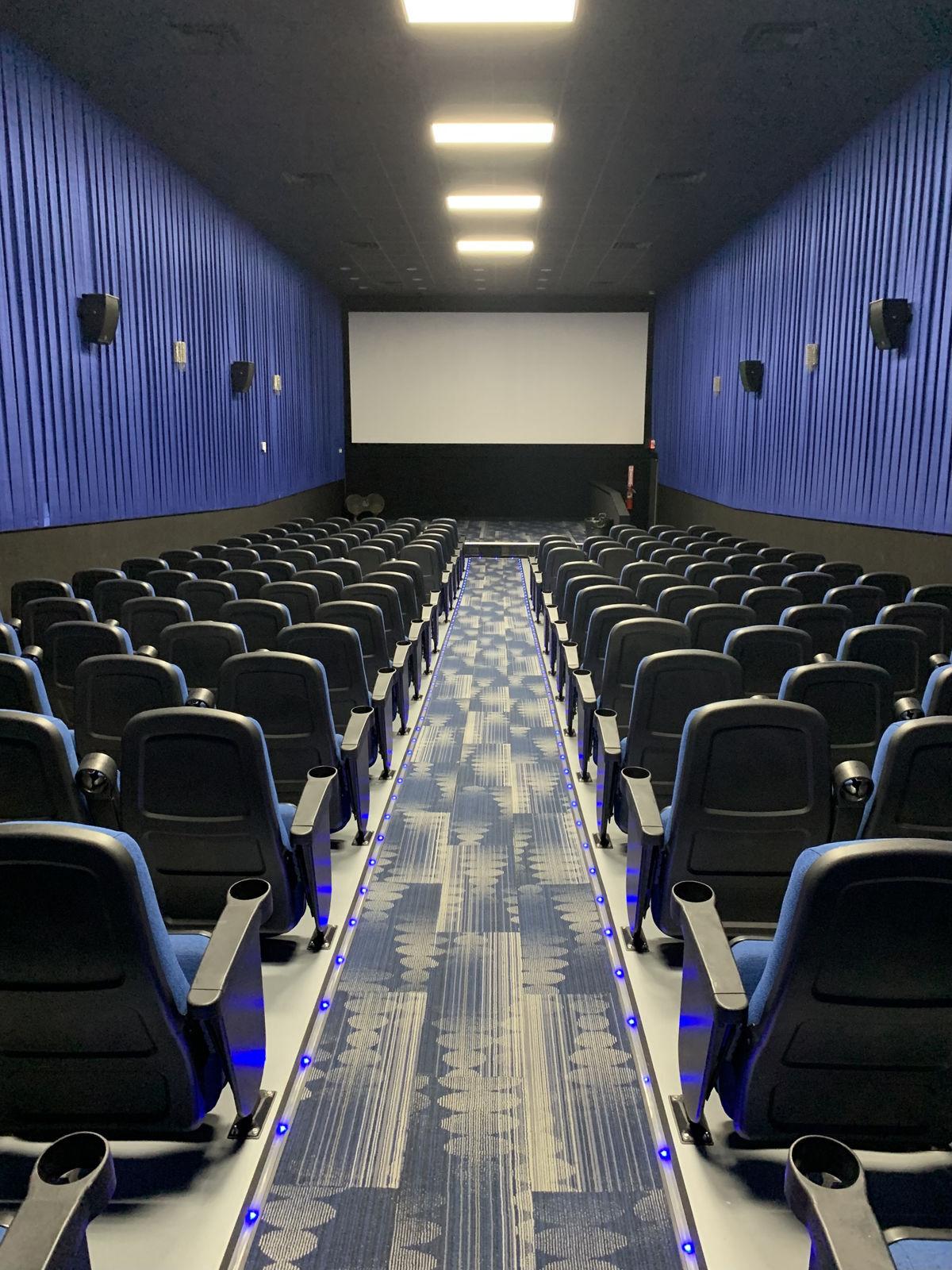 The Rose Theater, in downtown Audubon, is run by community volunteers. It is open Friday and Saturday nights and Sunday afternoons. 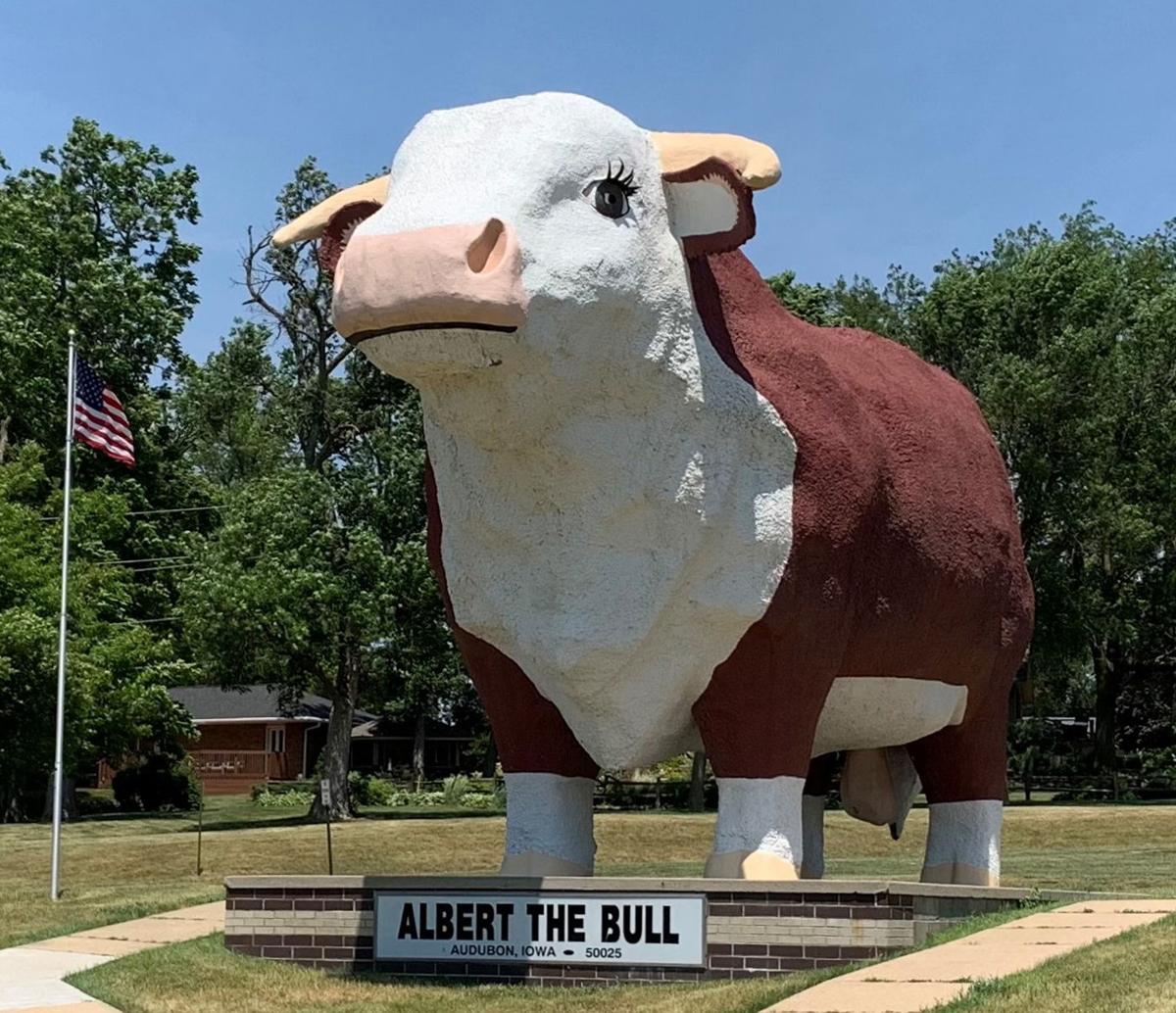 A huge statue, Albert the Bull, greets motorists coming into Audubon, Iowa, from the south on U.S. Highway 71, and laying the claim to being the world’s largest bull. 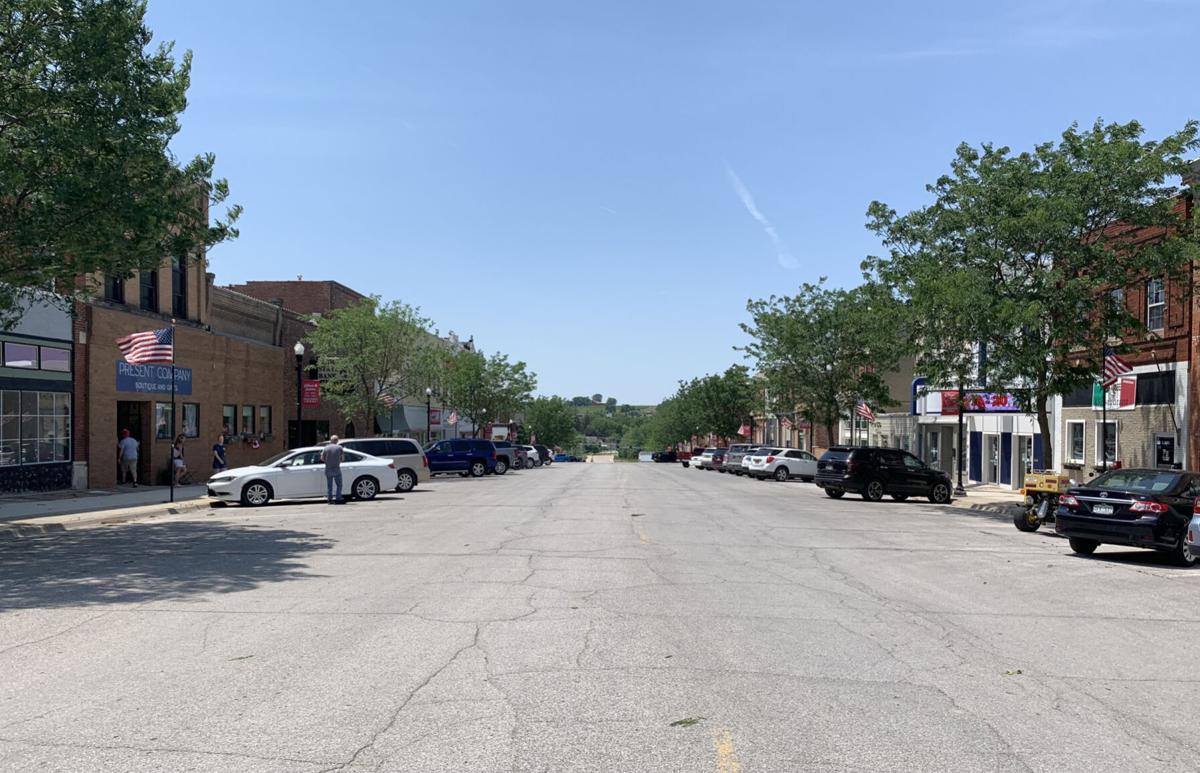 At left, Sara Slater, Audubon County’s business and tourism coordinator, is working on a brochure that identifies the sites and history of the county’s old one-room school houses with Laurie Gilbert. Photo taken June 17, 2021.

The Rose Theater, in downtown Audubon, is run by community volunteers. It is open Friday and Saturday nights and Sunday afternoons.

A huge statue, Albert the Bull, greets motorists coming into Audubon, Iowa, from the south on U.S. Highway 71, and laying the claim to being the world’s largest bull.

AUDUBON COUNTY – City leaders in this western Iowa town know their priorities: more affordable housing, general aesthetics like clean yards and kept-up buildings, and a robust U.S. Highway 71 corridor into and out of town.

They know because residents told them so at a city forum the night of Aug. 17. Mayor Barb Jacobsen and three of the town’s five city council members were there.

“They got to hear what the community is interested in, what the concerns are,” Jacobsen told IowaWatch, referring to the council members. “So I’m hoping we can start taking action.”

But Audubon, one of 58 towns with 5,000 or fewer people that IowaWatch visited over four months in a summer 2021 for its “Small Town Solutions” investigation, has several of the markers of a vibrant small town.

Audubon County Memorial Hospital & Clinics serves as a regional critical access hospital, with 17 beds, and enough non-patient support to finish fiscal 2020 on June 30, 2020 in the black by $606,405. That figure for a year that included the onslaught of the COVID-19 pandemic is from records collected by the American Hospital Directory. Audited figures for fiscal 2021 were not available.

Festivals and farmers’ markets bring people to downtown Audubon, where a locally funded program to remove dilapidated buildings is being used to clean up and free space for business expansion. State and local grants to create apartments in the second stories of downtown buildings are being used to address a housing shortage, although more is needed, residents said.

Adequate housing, a common woe in small Iowa towns IowaWatch visited, is necessary for people who want careers and jobs and want to move into Audubon, Jacobsen said. “Unfortunately, we’re kind of landlocked right now,” she said. “We don’t have lots of areas for building new homes.”

Meanwhile, signs on businesses in town, including along Highway 71, call for workers to fill open jobs in Audubon County where the 3.1% July unemployment rate was down slightly from 3.6% in June was lower than the state’s 4.1%.

“You want to grow. You don’t want to just go stagnant,” Sara Slater, Audubon County’s economic development and tourism director, said. “We don’t want to change who we are. But there’s always room to welcome, and I think it’s a very welcoming area.”

Slater said Audubon is blessed by major employers contributing to community development and people willing to create recreation and cultural opportunities in town. They include volunteers who helped raise money for a $2.6 million community recreation center that opened in November 2018. The non-profit center has two full-time and 14 part-time employees and a $350,000 annual budget.

The recreation center is important to the area because it keeps and attracts young families, Trey Kellner, a board member for the center, said.

The center’s board of directors already are planning a $2 million expansion. “We wouldn’t be expanding two years after opening our doors if we weren’t living up to expectations,” Kellner, a swine nutritionist at AMVC in town, said.

“Even the small 50-person, 100-person type of events can really help not only help the center be sustainable but keep some of that cash in town, where on most weekends, weeknights that’s all heading to our bigger metro places within driving distance.”

Volunteers also show movies for $4 admission Fridays, Saturdays and Sundays at the downtown Rose Theater movie house. The town’s annual T-Bone Festival is a nod to its beef cattle history. So is Albert the Bull, the huge statue greeting motorists from the south since 1964 and named after the late banker, Albert A. Kruse. Kruse led local cattle producers on train rides to Chicago when taking cattle to market.

Outside of town, on the Audubon-Cass county border, is an unusual tourist attraction: a tree growing in the middle of the road.

Education matters here. Audubon County, at one time, had 108 country schools. A booklet exists to show history buffs where the schools were and information about the old schools.

More recently there was an effort to shore up math and reading. In 2020, Audubon High School’s graduation rate was 84%, Iowa Department of Education testing shows.

Beyond schools, Jacobsen said she sees progress as the town tackles city water and sewer improvements and a new bridge to the county fairgrounds. “I think that we’re progressive, more so now than we have been in years,” she said. People in town are “open-minded, willing to listen to what the needs are for the community.”

She is pleased with how people in town volunteer but said she’d like to see more young people volunteer for community efforts. “It’s sort of a generational thing,” she said.

“I was raised in Audubon, born and raised in Audubon, and then, of course, moved away for work and so forth and came back due to aging parents, which is the story most of us have. But when I came back, I was really impressed that it was a very generous and giving community in the sense that they’d have fundraisers to help somebody through a financial difficulty – usually a medical problem…

“I don’t see it quite as much now, partly because of the state of the economy and farming, and so forth. But, they’re still very good, to volunteer time if they can’t volunteer money. So, that’s part of what keeps us going, I think.”

IowaWatch - The Iowa Center for Public Affairs Journalism is a nonpartisan, nonprofit news outlet that strives to be the state's leading collaborative investigative news organization. Read more or support its mission at iowawatch.org. This reporting was supported by the Solutions Journalism Network.

A few clouds from time to time. Low 46F. Winds light and variable.

Sorry, there are no recent results for popular images.